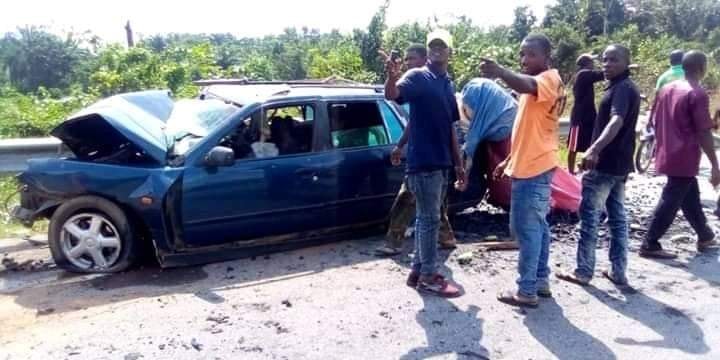 Police spokesman, Moses Carter confirmed to WVN Sunday that a head-on collision by two vehicles, one from Monrovia and another in-route from Nimba, resulted to the accident.

Eyewitnesses informed WVN that the two vehicles involved in the tragic car-crash are commercial vehicles; one sprayed in yellow color while the other with blue color.

According to eyewitnesses’ account, the vehicle sprayed in blue color was traveling from Monrovia and headed for Ganta City, Nimba County, while the one with yellow color was leaving Ganta City bound for Monrovia.

Following the collision by the two vehicles, accident victims were hurriedly rushed at the Ganta United Methodist Hospital in Nimba and at the Suacoco, Bong County-based Phebe Medical Center respectively, according to eyewitnesses, who divulged to WVN that one of the victims was pronounced dead at the Ganta United Methodist Hospital while eight others were pronounced dead at the Phebe Medical Center.

Women Voices Newspaper is yet to independently confirm the actual cause of the motor vehicle accident, but eyewitnesses’ account have it that it was due to excessive speeding, with the eyewitnesses narrating that the driver for the commercial vehicle sprayed blue traveling from Monrovia and headed for Ganta City reportedly left his lane, while allegedly communicating on his mobile phone, and violently made impact with the vehicle sprayed yellow plying on the opposite lane from Ganta towards Monrovia.

“Our Party Will Lead the Way”