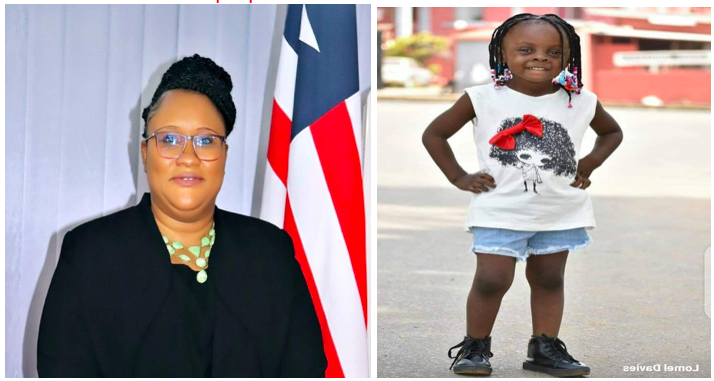 Calls on LNP to Step Up Efforts to Make Arrest

“Because I’m not someone prominent in society or because I’m not from the rich class, no one paid attention to the sorrowful death of my beloved daughter Jomell, who was raped and killed. The police have totally downplayed my child’s case. The family is absolutely not informed about what is going on with the police investigation. Where are all those women’s advocates? Talk show host, are they not seeing what I’m going through? Someone please help me. My child needs justice,” Lomell Dives posted on her Facebook page.

Madam Lomell said the police requested that she drives the “person of interest” to the central station. Since the government does not have the money to transport the criminal, according to Lomell, it was her responsibility to find other means of transportation. ‘Is there a thought to be had here? What a depraved nation does this one belong to? I am in desperate need of assistance. I’m dying’.

In an apparent response to Madam Lomell Dives cry, the Association of Female Lawyers of Liberia (AFELL) has issued a call to the Liberian National Police (LNP) to step up its effort to go after the killers of Little Jomell.

AFELL wants the LNP to expeditiously arrest, investigate, and forward to court individuals held in connection with the death of little Jomell Davis, who was allegedly raped and murdered in the Mount Barclay community

It should be recalled that on July 24, 2022, the body of a young child, aged seven at the time, was found in an abandoned septic tank. There were unsubstantiated claims that the child had been sexually assaulted before being put to death. It was said that her grandma had dispatched her on an errand to acquire diapers and wipes for her granddaughter.

In a release that was signed by Atty. Bowoulo T. Kelley, Acting President of AFELL, the Association submits that while the state, through the relevant statutory institution, is under obligation to ensure the protection of the citizens, parents and guardians as primary caregivers also have the responsibility and the duty of care to their children and should be penalized as required by Section 16.4 Title 26 of the Liberia Code of Law Revised for endangering the welfare of the child if this behavior is observed

Since this tragic event took place, AFELL said, it has been collaborating with law enforcement and the victim’s family in order to guarantee that those responsible for the death of the child will be properly charged and brought before a judge in accordance with the applicable legal requirements. However, according to the most recent details provided by the authorities, it appears that no arrests have been made and that only “persons of interest” have been brought in for interrogation up to this point.

AFELL joins others in calling on the state to take concrete measures to curb the prevalence of this onslaught against women and girls in Liberian society, categorically stating that the State’s inaction to holistically deal with this menace is repugnant.

The Association of Female Lawyers of Liberia is a non-political institution that was established in 1994 with the mission of working to ensure that women, girls, children, and the elderly in Liberia are afforded equal rights and protection.

AFELL is currently operating a legal aid program, and on a daily basis it receives more than twenty (twenty) cases of sexual and gender-based violence. These cases continue to overwhelm the legal aid department, where committed female lawyers are passionately providing pro bono legal and psychosocial services aimed at addressing the perpetual legal needs of the most vulnerable members of society.