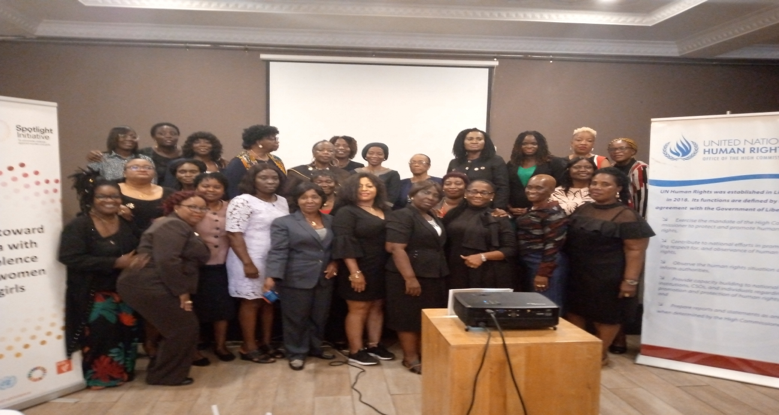 The Association of Female Lawyers of Liberia has concluded the validation process of its five-year strategic plan in an effort to increase the efficacy of its activities and combat sexual and gender-based violence.

On the morning of November 10, 2022, members of the Association of Female Lawyers of Liberia gathered to review and approve the organization’s five-year strategic plan. The plan aims to address human rights concerns, institutional challenges, political and economic effects, peace and reconciliation, and the establishment of strategic institutional partnerships.

The plan’s strategic planning process includes a SWOT analysis. the advantages, disadvantages, opportunities, threats, and difficulties associated with its implementation.

The association made it clear that the strategic plan is centered on its mission, vision, core values, strategic outcome, strategies, strategic targets, and strategic interventions.

Cllr. Philomena Williams, president of the Association of Female Lawyers of Liberia, stated in a brief address at the validation exercise that the organization must work diligently to increase the number of women who vote in the 2023 presidential elections.

She thanked the Association of Female Lawyers of Liberia’s partners and supporters and assured them that the organization would continue to work diligently.

Philomena Williams urged her group to maintain their vigor while working on their new project.

For her part, the Country Representative of UN Women in Liberia, Madam Comfort Lamptey, lauded AFELL for the period’s accomplishments and strategic planning.

In light of the numerous reports of violence against women and girls, she believes that the development of AFELL’s plan is both intrinsic and timely.

Madame Lamptey expressed optimism that the anti-FGM bill being championed by the Ministry of Justice will be passed in due time.

The UN Women’s Head further stressed the need to review discriminating laws against women and girls, as well as the land rights law, adding that a lot of work needs to be done specifically in raising awareness about it.

Madam Leetor Williams, speaking on behalf of the Human Rights office of the High Commissioner for Human Rights, stated that the strategic plan goes beyond AFELL, as it also seeks to address pressing issues affecting women, girls, and Liberians as a whole.

While emphasizing the importance of presenting lucid goals, she urged members of the organization to participate in the validation process to avoid missing their intended goals once they are finalized.

Madam Williams assured the High Commission for Human Rights of its commitment to the association and all of its future endeavors.

The strategic plan of the Association of Female Lawyers of Liberia will consider, among other things, key result areas and improvements in terms of anticipated achievements.

The Association of Female Lawyers (AFELL) was established and accredited on February 10, 1994, by the then Ministry of Planning and Economic Affairs as a non-profit, non-governmental organization duly incorporated under Liberian laws.

AFELL was founded as an immediate response to ensure the advocacy, promotion, and advancement of the rights of women, children, and the poor.

However, the association believes that in Liberia, women, children, and indigent persons face daunting challenges that lead to the deprivation of justice, which is an inherent right of every\scitizen. In addition, women are always marginalized due to traditional, cultural, and societal biases and prejudices.

Accordingly, it was identified as the reason why they believe women and girls are susceptible to harmful practices such as female genital mutilation (FGM) and gender-based violence (GBV), sexual exploitation, and marriage at a young age.

They note that law enforcement, local authorities, and family members frequently act against the will of rape victims, which constitutes a violation of the rape statute.

“In most cases, victims are unaware and are left with permanent physical and psychological scars, while perpetrators roam free.” “In order to support the justice system, the Legal Aid Clinic at AFELL engages in mediation as the first option for providing relief to the parties and reducing the caseload on the court dockets.”

When the defendants refuse to appear for mediation or when the parties cannot reach an agreement during mediation, AFELL also provides legal representation.

Over the next five years, AFELL has pledged to be guided by its strategic plan, which has served as the organization’s process for defining its strategy and direction and allocating its resources to achieve its strategic goals.