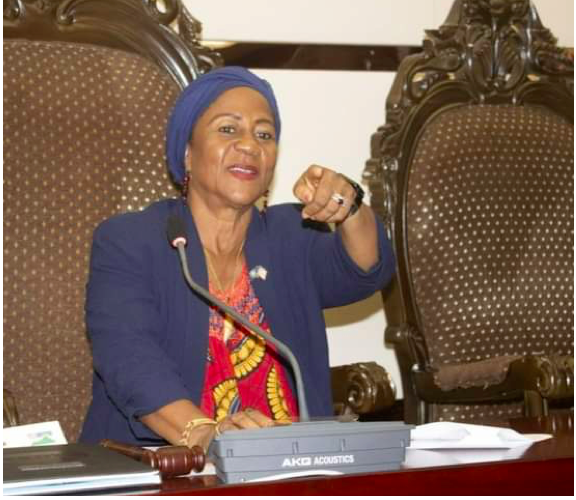 Rivercess, according to WAEC, sent 50 students to sit the WASSCE exams this year; 29 boys and 21 girls, with all girls passing, but one boy failed, thus constituting ninety nine percent passage.

The Caucus, through its Chairperson, Hon. Dr. Rosanna G.D.H. Schaack, said legislators heavily invested in three months’ salaries for five (5) teachers in the Sciences at the Cestos High School at the beginning of this academic year.

The Rivercess County Lawmaker also congratulated the parents and guardians who have supported their children’s education in attaining such an academic feat.

“On behalf of the Rivercess Legislative Caucus and in my own name, as Representative of Electoral District #1, I congratulate the CEO, DEOs, and all of our teachers and students of Rivercess County. I also congratulate the parents and guardians who have supported our students in reaching the top scores this year. We, as legislators, invested in three months’ salaries for five teachers in the Sciences at Cestos High School at the beginning of this academic year”. Dr. Schaack asserted

The West African Senior School Certificate Examination (WASSCE) for School Candidates was administered at 334 centers in the fifteen counties from May 31 to June 17, 2022. The overall performance of the candidates at the passing rate of at least a subject on the Examination is encouraging as compared to their counterparts who sat the same examination nationally for the first time in 2018. Nine subjects were offered on the examination with the Arts candidates sitting for seven of the nine subjects while the Science candidates sat a minimum of eight of the nine subjects.