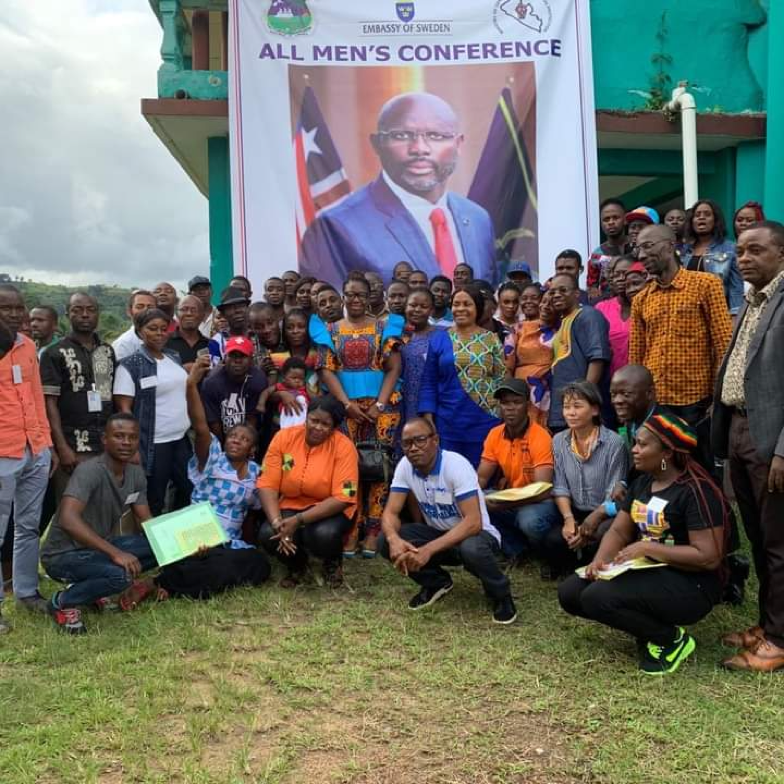 The Ministry of Gender, Children, and Social Protection, in collaboration with partners, will today, Friday, December 9, 2022, host the sixth edition of the “ALL MEN CONFERENCE” (AMC) under the global theme “Helping Men and Boys,” while the national theme is “Promoting Men and Boys’ Health and Gender Equality.”

The International Men’s Day (IMD), known as the All Men’s Conference in Liberia, is a continuation of the observance of the 16 Days of Activism Against Gender-Based Violence. IMD, or the All Men Conference, is a global event in recognition of male contributions towards family lives and societal stability in relation to gender equality, as well as a platform to intensify advocacy on male health.

Traditionally, the day is set aside to be commemorated every November 19, but as a country, the decision was reached to merge the day within the 16 days of activism against gender-based violence.

The day, which is being observed in more than 80 countries around the world every year, was created by a West Indies Professor, Dr. Jerome Teelucksingh, as a genuine platform to recognize and celebrate the cultural, political, and socio-economic achievements of men in member countries of the United Nations. It was inaugurated in Trinidad and Tobago and has since been backed by UNESCO and other UN bodies, including Liberia.

The essence of the All Men’s Conference is to assemble at the table policymakers, traditional leaders, health practitioners, major male actors, youth and student bodies, women’s groups, CSOs, and other key stakeholders from the 15 political subdivisions to discuss key males’ contributions toward gender equality, issues affecting women, girls, and children, as well as people living with disabilities.

The International Men’s Day, also known as the All Men Conference, which is being commemorated globally under the theme “Better Health for Men and Boys,” also pushes for gender equality and patiently attempts to remove the negative images and stigma associated with men in society.

Additionally, the ALL MEN CONFERENCE seeks to rally more men and boys to support He-For-She in advocating and promoting gender equality, sexual and gender-based violence, and all other forms of discriminatory policies and injustices that marginalize women, girls, children, and people living with disabilities, including men in the country.

To date, the President of Liberia, H. E. Dr. George Manneh Weah, continues to exemplify his declaration as a “He-for-She” champion and feminist-in-Chief, with many other male champions taking a similar course. President Weah’s initial call to action during the Inter-Ministerial Anti-SGBV Roadmap Conference, which iterated an end to violence against women, acknowledges his strong stance against women’s rights “violators” in Liberia.

In this direction, the Ministry of Gender, Children, and Social Protection and He-For-She Crusaders Liberia consider the day an initiative to solicit and increase the support of men’s involvement to promote and encourage gender equality and equity. While the Ministry recognizes men’s roles in preventing and responding to violence and other issues affecting women, girls, and children,

This year’s ALL MEN CONFERENCE is being commemorated across Liberia, involving all ministries, public corporations, universities, policymakers, media practitioners, WONGOSOL, CSO heads, NGOs and INGOs heads, male and female legislators, male and female traditional leaders, religious leaders, judges, youth groups, private and public school students, political parties, and the general public. Additionally, “He-for-She” champions, members of the Honorable National Legislature, Members of the Executive Branch of Government, and Members of the Judiciary will all be part of the celebration.

A panel discussion on key topics such as positive masculinity that leads to gender inclusiveness, male support for women’s empowerment, participation in politics, and inclusion in the security sector will form part of the day’s commemoration.

A Call For Moral Discipline At The University Of Liberia