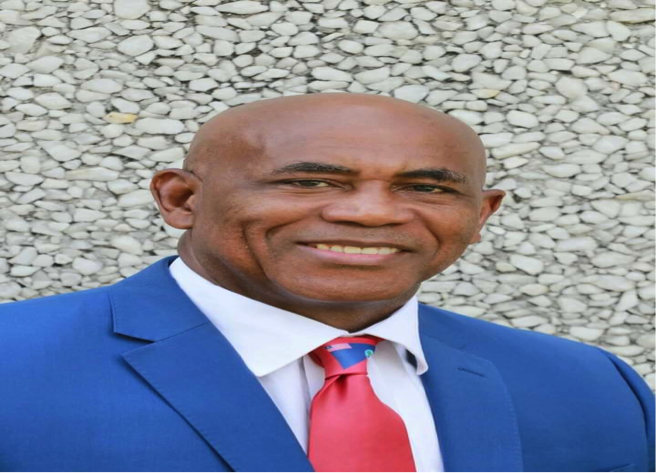 Following a public condemnation over his co-authorship of the book “George Weah: The Legend, The Rise to Power,” which has infuriated Liberians, particularly women, Mr. Isaac Vah Tukpah has resigned from his position as Chief of Office Staff to Mr. Alexander Cummings of the opposition Alternative National Congress (ANC).

Mr. Tukpah, a former close supporter of President Weah who was serving as Chief of Staff to Mr. Alexander Cummings, made various statements about the First Lady of Liberia’s sexuality that many people found insulting to a respectable person.

Prior to the announcement of his departure, the Ministry of Gender, Children and Social Protection expressed its displeasure with the publication, calling it as a “disdainful and demeaning” portrayal of womanhood, wrapped in an unauthorized book co-authored by Isaac Vah Tukpah.

Minister Williametta Saydee Piso Tarr in a news conference said,  “The Ministry of Gender, Children and Social Protection condemns the form and manner Mr. Tukpah and his accomplice disdainfully used denigrating words to described a woman, like they fell from the sky”.

Mr. Tarr said she finds the publication as a smear campaign and groundless onslaught against Liberia’s First Lady, Amb Clar Marie Weah, and her family as a national shame that must be condemned by all irrespective of political difference.

Meanwhile the ANC political Leaders Mr. Alexander Cummings said he has since this morning asked for and received the immediate resignation of his Chief of Office Staff, Mr. Isaac Vah Tukpah.

Mr. Cummings stated that he was letting Isaac go with a sad heart because of his dedication. “This is despite the fact that a book which is the object of my concern was written long before Isaac joined our team. Since joining the team, Mr. Tukpah has served with diligence and professionalism, and I have come to respect and admire his work. My decision was not taken lightly because I value Isaac’s works and contributions.”

The ANC Leader, however, said the standards of alternative leadership for our country that they have set for themselves, now and in the future, are particularly higher than usual, and he said they are determined to maintain them. “It means we must stand with all those who are right when they are right, even if they are not our friends, and refuse to stand with those who are wrong, even if they are our friends and co-workers. I will continue to do so because this is an example of the quality of leadership that our country desperately needs to change course and improve the lives of Liberians, ” he said.

Mr. Tukpah co-authored the book, according to Cummings, which details a purported conversation from Mr. George Weah about his wife. The discovery of the claimed conversation, he continued, illustrates an aberrant tendency in our culture, in which girls and women are constantly disrespected and denigrated. He claims that publishing the claimed conversation was a mistake, and that it has the consequence of supporting and fuelling such abhorrent male behavior toward women. He said that this does not explain a husband’s claimed impolite and personally intruding conversation with his wife, which he considers shameful and offensive.

Cummings spoke about the need to purify the soul of our nation in his answer to the President’s SONA. As leaders, especially males, he said, it is incumbent on all of us, especially men, to provide a positive example for those younger than us who look up to us, starting with our own families, on matters of gender and women’s equality, which he claimed stain the nation’s soul. He stated that we must always show the utmost respect and regard for ladies and girls, particularly our wives.

He added he could only hope that the supposed conversation from the current President about his wife, as revealed in the book, is not accurate. If such is the case, it is inappropriate, repugnant, and a poor example that should not be followed.

“You killed my brother by shooting him in the back”