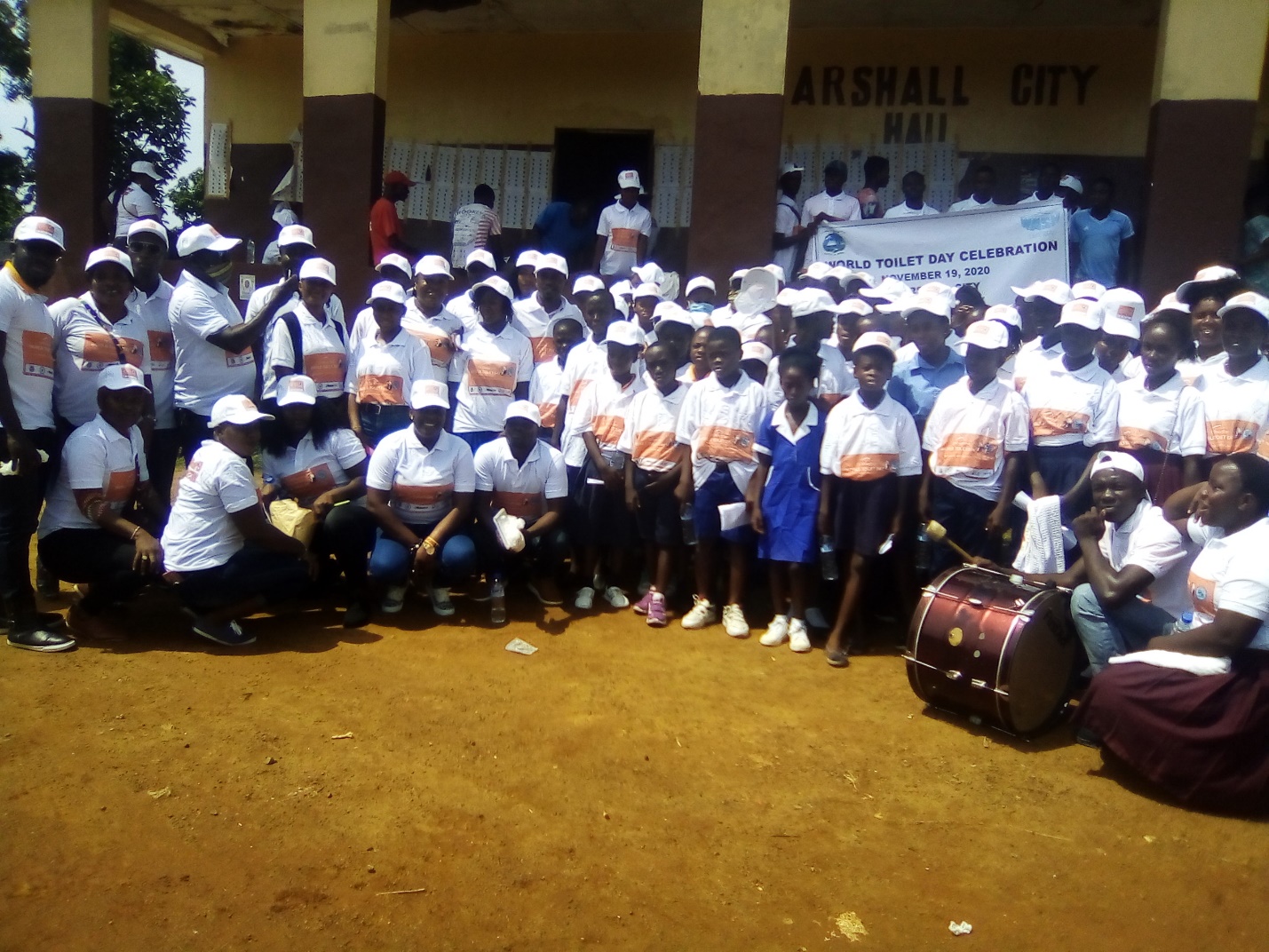 MARSHALL – The Chief Executive Officer of WASH Commission, Bobby Whitfield has disclosed that President George Weah has instructed authorities at the WASH Commission to shut down schools and health centers that do not have conducive latrine facilities.

Mr. Whitfield said, the Commission would not relent in implementing President Weah’s mandate.

According to him, the Commission would ensure that health centers and schools have decent toilet facilities across the country.

He said defecating on beaches and in the bushes is not healthy for the growth and development of Liberia, asking rhetorically, “why you think the United Nations had to set a day aside for the recognition of toilet, and named it World Toilet Day? He replied to his own inquiry by stating that it is so “because toilet is very important to our survivability.”

The Government Wash expert disclosed that 42% of Liberians are practicing open defecation, emphasizing that there is a need for harnessing collective effort aimed at making Liberia open defecation free.

Mr. Whitfield Further told the gathering that due to the lack of latrines in some homes including public places, what he called serious health complications have arisen, thereby hampering the growth of many young people.

The WASH Commission boss used the occasion to appreciate partners, especially WaterAid, UNICEF among others for the support given the sector.

He said the WASH Commission as a regulator of the sector will ensured transparency and accountability by partners who are building latrines and other wash facilities for Liberians in line with government’s regulations.

He stressed that any organization that solicits funding to improve the wash sector will have to account for such funding, adding that his Commission has put into place a robust monitoring process of the various wash projects that are undertaken by development partners in Liberia.

Also speaking during the event was WaterAid Liberia Planning, Monitoring, Evaluation and Learning Officer, Patience Zayzay, who expressed gratitude to the organizers and the various key actors who worked to make the event a reality.

‘’Today we are celebrating World Toilet Day under the theme: Sustainable Sanitation and Climate Change,” and this theme, is important for us at WaterAid, she stressed.

WaterAid, according Zayzay, uses internationally celebrated events such as World Toilet Day to create awareness on issues surrounding wash among others.

For his part, City Mayor of Marshall City, Robert Williams committed the residents resolved to have worked collectively with the WASH Commission and partners in making the City open defecation free.

Williams appreciated the WASH Commission and partners for the selection of his City for what he termed such a historic event with the inhabitants.