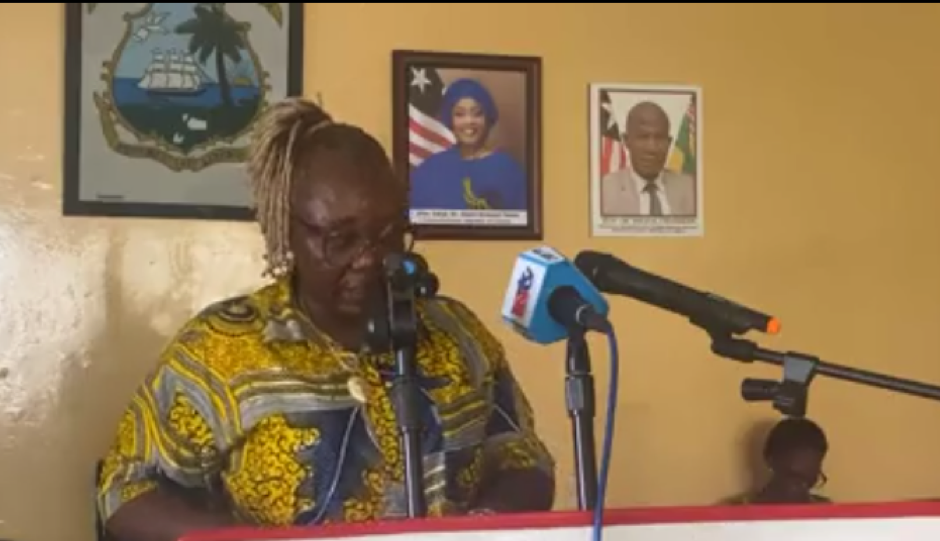 Construction on the Bali Island is scheduled to begin soon, according to the Minister of Public Works, once feasibility studies and other essential talks are finished.

Hon. Ruth Coker Collins announced at the MICAT special briefing on Wednesday, March 10, 2022 that a team of contractors were headed to the community on March 10, to introduce themselves to the residents.

The Bali Island, which is around 3.6 kilometers long and cost over four million dollars, Minister Collins said, it will be built entirely by the Liberian government.

According to her, the ministry of finance has signed the project documentation, and as a result, all contractors are fully prepared to begin work this week.

Minister Collins further emphasizes, with resolve, that during their recent visit to Nimba county, the county legislative caucus, along with people from the neighboring county, accompanied them on a tour to see the contractor’s work.

Sadly, she claims that while on the visit, members of the caucus informed her that the contractor allocated to the project in the area, Feature Builder, was underperforming.

Predicated upon this she warns that as government they do not sheath their contractors, especially for the one that are poorly performing.

If these contractors don’t perform satisfactorily, and for some reason, if they cannot go accordingly, the company in question’s contract will be terminated.

She, however, claims the ministry of public works has tried to terminate three of their contractors. Adding that they want to terminate, “but if we terminate, how will we get the government money?” She inquired.

Madame Collins, who was applauded by President Weah for her efforts in the rapid development of the country, says the ministry is going to have another meeting this week to discuss the way forward for the poorly performing contractor.

The Ministry of Public Works has also enlisted the help of its French partner and the World Bank for the Monrovia Integrated Development Project (MIDP), informing that it will impact the likelihood of city dwellers and address Liberia’s flooding situation for $40 million.

Meanwhile, she maintains that the project implementation planning process is underway and that it would begin in May of this year.