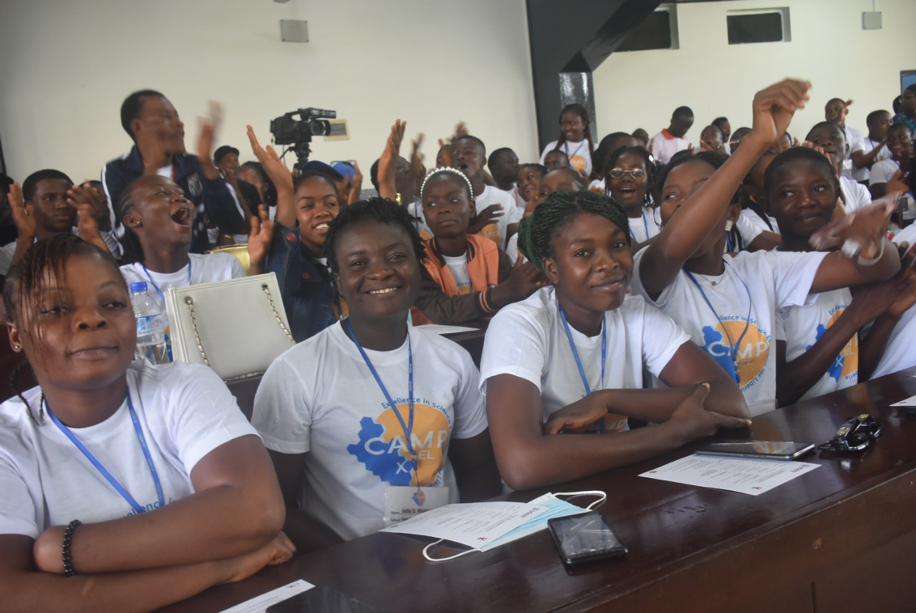 The Rev. Dr. Julius Sarwolo Nelson, President of the state-run University of Liberia, has described graduates of Camp xSEL (Excellence in Science Education for Liberia) as the crème de la crème for the medical future of Liberia.

The United States Agency for International Development (USAID) is in charge of the Camp xSEL project, which is called Bringing Research to Impact for Development and Global Engagement – Utilization (BRIDGE–U: Liberia). Its goal is to give new students at the UL the tools they need to learn for their pre-medical and pre-clinical studies.

Speaking on Wednesday, August 31, 2022 at the completion of studies by the second batch of campers, the UL President pointed out that the program is designed in line with the overall modernization of the health education program, and as such, students who go through the process are mentored to be the best medical practitioners for the future.

He urged them not to lose track of their passion as there is no room for error in the medical field.

The renowned Liberian educator urged the students to remain steadfast, vigilant, and focused in their pursuit of their dream and aspiration.

“There is absolutely no room for error as your role is to protect lives from death. To our UL staff and partners, we say, remain committed to recruiting qualified clinicians for the medical field in Liberia because the camp is one of the many approaches to improving health education in Liberia. It is my hope and prayer that this program will attract the attention of more young Liberian students,” he noted.

“This program was crafted as part of the overall modernization of health education in Liberia, especially at the University of Liberian, and so you are our crème de la crème, who the country can depend on for the future,” stated Rev. Dr. Nelson as he rained praise on the Vice President for the College of Health Sciences at UL”, Dr. Bernice Dahn.

In an effort to create a more suitable future and make Liberia a better place for all, Dr. Angela Benson, Deputy Chief Executive Officer of the Benson Hospital in Paynesville, outside Monrovia, who served as guest speaker at the occasion, encouraged the campers to always aim for the very best, not settle for less, in Liberia.

Dr. Benson called on the students to strive for excellence even if they were out of the space of monitoring.

“It has been an exciting time for you for the last month. You can be that excellent person that you want to be so that Liberia can depend on you. You must be able to nurture your goals until they are ripe for harvest. Go and spread the news through your good examples so that others will be convinced to enroll. You must make a pledge and stick with your goals in life, “indicated the Benson Hospital Deputy CEO.

The whole world is before you, and don’t settle for mediocrity. Change yourself so that you can be a change agent, which you can do by setting a good example. “Keep raising your own bar and ensure that those goals are realized,” she added.

Madam Comfort Enders, Senior Deputy Director for Faculty and Students’ Learning at UL, explained that students were recruited from the various counties based on the percentage of high schools in each county.

She disclosed that there were 100 students from 11th and 12th grades, among whom 51 were females and 49 were males, in fulfillment of the program’s gender parity goal.

Meanwhile, the second batch of camps was held at the Liberia Baptist Theological Seminary (LBTS) in Paynesville, outside Monrovia.

Liberia catches up with digital literacy