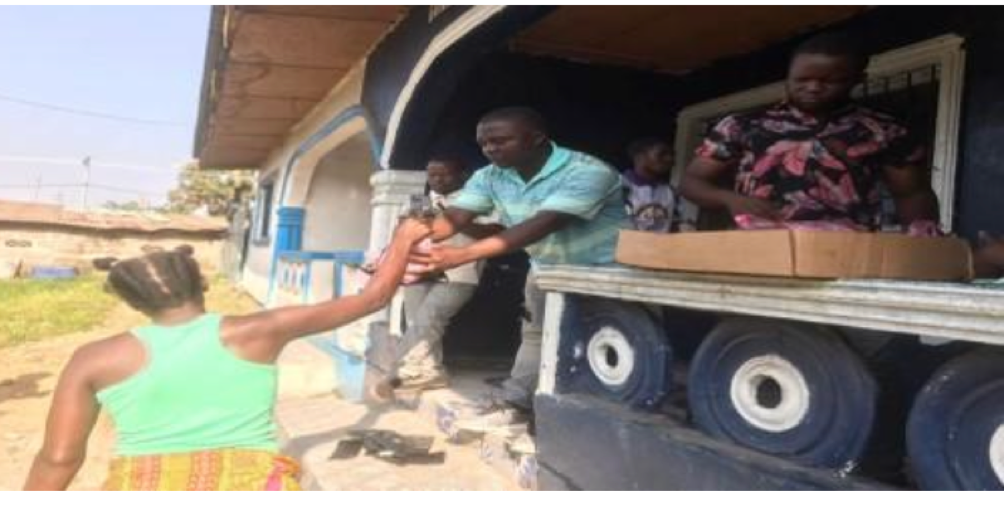 She believes that one of the most important issues for many Liberians is the possibility of having their daily meals, and because elderly people face additional challenges, she is urging the office of the President to devise a feeding program that occurs at least once a month in order to address the health complications that are associated with hunger.

“People are starving right now, and even if we go out of our way to talk to them as party supporters, they will frequently ask us, “What are we eating?” I want the president to do more in order for them to have a cordial relationship with them as we go along, but at least this was very important because some people have never even had food for today. We are grateful that the president intervened and they were able to get something, but I want the president to do more so that they can have a cordial relationship with them “It is her opinion.

In the meantime, she voiced her excitement over the large turnout of residents (especially women) from all over the district and described it as a solution to a problem that they have been struggling with for a long time.

In addition, madam Toe described the women’s happiness as being indescribable, highlighting the fact that many of them saw it as a new beginning for them. She explained that, in addition to other initiatives carried out by the president that are enjoyed by all Liberians, the Christmas package was one that they saw as a direct contribution to their lives.

At the same time, the chair of the CDC district #2, Zone #7 praised the Party Youth League in the district for its efforts to ensure that the process was carried out in an honest manner, that it was distributed fairly, and that all of the women who were under her control received the same amount.

Numerous people, the majority of whom were senior citizens, who benefited from the president’s Christmas package praised him for looking in their direction and referred to it as a “fast-sighted step,” which is especially meaningful at a time like Christmas.

On the other hand, the Chair of the CDC District #2 Youth League, Martin O. Boimah, stated that although the procedure had an initial target of serving 200 people, they were fortunate to have served more people who came from other parts of the district.

He lauded the President for taking the initiative and concurred with madam Toe’s request that the President carry out the action once more.

The Coalition for Democratic Change (CDC), with assistance from the President’s Office, delivered food to senior citizens in each of the seventeen districts that make up Montaerrado County early on the morning of December 25, 2022.