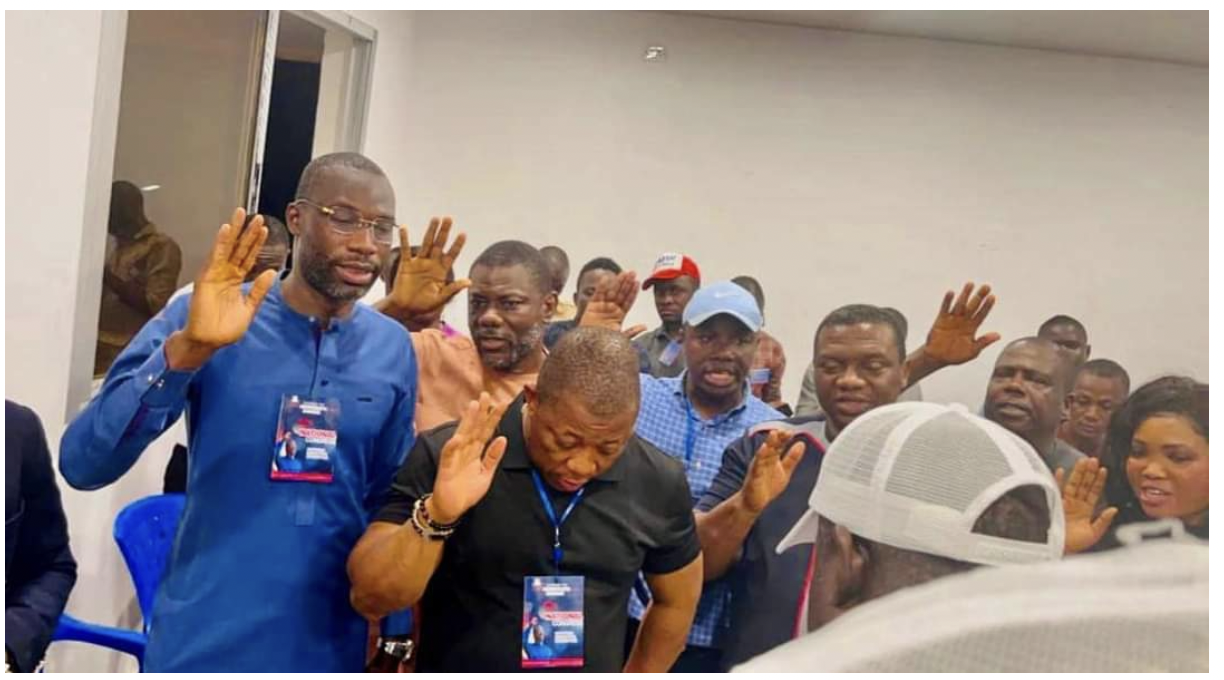 – As It Elects New National Leaders

In full view of the Minister of Gender, Children, and Social Protection (MGCSP), the Congress for Democratic Change (CDC) has failed to meet the 30% threshold of gender balance in political participation as espoused in a legislative law.

Despite the fact that the party has publicly stated that it will not accept less than 40% of women’s representation at all levels, including on its National Executive Committee, the Congress for Democratic Change (CDC) conducted its 7th National Convention with only three (3) elected females amongst 21 males.

Additionally, Womenvoices’ reporter observed that less than 50 females were qualified members of the 370 delegates to the convention, which observers believe CDC is paying lip service to gender parity.

This failure occurred despite the fact that the Minister of Gender, Children, and Social Protection (MGCSP), who preaches gender equality, was present.

Though, the outcome of the convention is discouraging, while serving in her current role as Minister of Gender, Piso Tarr continues to exert a significant amount of influence within the CDC, but could not demand the gender quota.

According to the political party correspondent for Womenvoices Newspaper, the Convention, which received only minimal public attention, looks to be a well kept secret among members of the CDC, despite the fact that President Weah has declared himself Feminine-in-Chief of Liberia.

Our reporter noticed that there was not much discussion regarding the CDC convention, which started at 10:00pm in the night up to  4:00am in the morning at the Party’s headquarters in Congo Town.

With the exception of the Secretary General and Vice Chair for Finance and Investment Positions, many of the available positions at the CDC 7th National Convention had one candidate winning on a white ballot.

Jefferson Koijee, a former chair of the CDC Youth League, won the election for secretary general with 276 votes, defeating Prince Kreplah, who received 91 votes out of the 370 cast.

On the other side, Samora P. Z. Wolokollie received 221 votes out of the 368 total votes cast to win the position of Vice Chair for Finance and Investment.

All other posts, aside from the two for which there were two candidates each, were won by people who appeared on the white ballot.

President George Weah, who kept his position as the CDC’s founder and standard bearer, Mulbah Molu, Montserrado County Electoral District No. 5, Representative Thomas Fallah, vice chair for operations, Mamasee Karbah, assistant secretary general for press and propaganda, and Williamitta Piso Saydee Tarr, vice chair for political affairs are some of the other party Stewarts who won on the white ballot.

Mr. Janga A. Kowo, the former secretary general, now becomes Vice Chair for Legal and Governmental Affairs; Mr. Lewis A. Wright, will serve as Vice Chair for Planning and Program; Mr. Johnson Gwaikolo, Vice Chair for International Affairs; Mr. Abu Kamara to be in charge of inter-party affairs, Madam Horatias A. Richards to be Vice Chair for Human Resource Development, and Mr. Roland K. Mendscore to be Deputy Secretary General for Administration.

According to the report, the 7th convention of the CDC also made critical amendments, one of which was to include extending the tenure of all executive committee members from five years to seven (7) years. Political commentators have described this as a smart but selfish move by the current leaders to protect themselves and solidify positions for the replacement battle of President Weah in 2029, should he win the elections in 2023.

The convention also saw the creation of new positions, such as an assistant secretary general for press and public affairs, a vice chair for recruiting and mobilization, and a vice chair for inter-party issues.

370 delegates, including representatives from the National Executive Committee, youth and women leagues, and delegates from the country’s sub-political divisions, attended the 7th National Convention of the ruling establishment, according to the Montserrado County chairman who presided over it.

“We know the risks of climate change for Liberia”