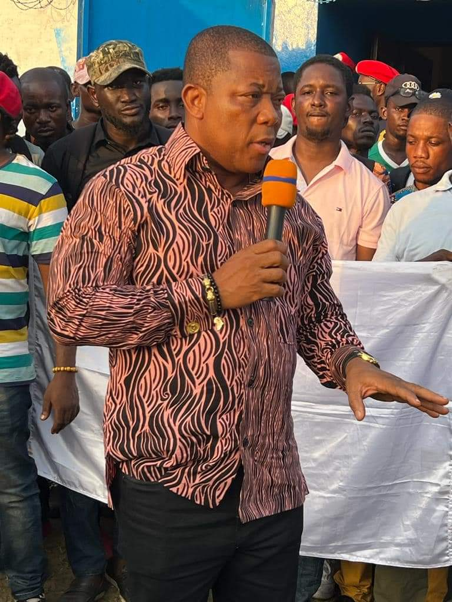 The nomination program for President Weah will now take place on February 4, 2022, as decided by the National Executive Committee (NEC) of the Congress for Democratic Change (CDC). This decision was made because, the party says, it wants the people to go about their normal activities in these festive seasons.

The date of December 20, 2022, was originally selected by the CDC as the day for the national nomination of President George Weah to reappear on the party’s political ticket in order to run for a second term of the Liberian presidency in the elections that will take place in 2023. However, this date has since been changed.

At an elaborate news conference held on Friday, December 9, 2022, at the CDC headquarters in Congo Town, MULBAH Morlu, the chairman of the CDC stated that the change in date was caused by a plea from their standard bearer, President Weah.

He mentioned that the Liberian leader had recently sent an official letter to the National Executive Committee of the CDC requesting that the ceremony be postponed so that the people all over the country would have time to celebrate Christmas and the New Year.

In addition, according to the National Chair of the CDC, the event will take place at the Antoinette Tubman Stadium in Monrovia. They highlighted that there will be no changes to any of the other activities that are part of the program.

Chair Morlu further exhorted members of the CDC from all over the country to make their way to the Roberts International Airport on December 18, 2022, in order to formally welcome President George Weah back to the country.

“The blue wall,” which is the official color of the CDC, has been erected in the southeast region of Liberia.

The CDC is a party of defense, and it will make certain that President Weah is reelected to his historic second term in 2023.

“The CDC will shatter its own record during the program,” said the speaker. We do not disagree with the criticism that has been leveled by the opposition, but there is no way to prevent President Weah from winning the first round. “The opposition’s planned demonstration is aimed to undermine the CDC’s development and momentum, as indicated by their internal motive,” Morlu asserted. “The opposition’s planned protest is meant to contradict the CDC’s progress and momentum.”

On the other hand, Mulbah Morlu has declared that the party would throw an extravagant children’s party on December 24, 2022, and it will take place not only at the national headquarters but also in other areas of the country.

He stated that the project was the brainchild of President George Weah and that its objective is to bring a smile to the faces of everyone, regardless of the political allegiance of their parents.

Morlu also mentioned that senior citizens all over Liberia will be honored in their respective districts and counties and given a unique present from the President. He went on to urge all of the legislators to take these two initiatives very seriously.