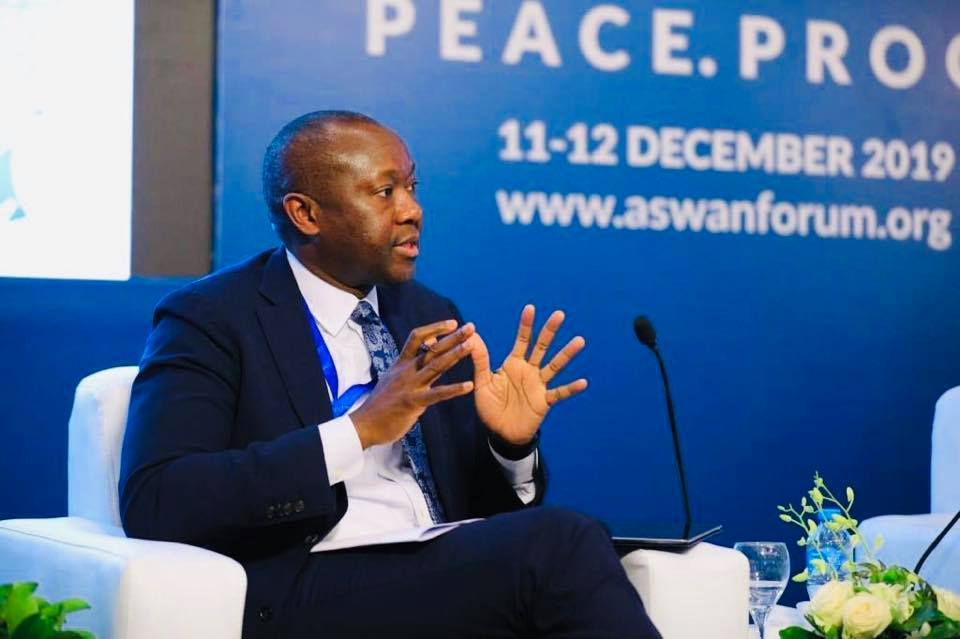 MONROVIA – Liberia’s special senatorial elections-2020, have come and gone, but one thing about these elections that is certain to linger on in the minds of many, if not forever then for a long time to come, is how the governing Coalition for Democratic Change (CDC) was colossally defeated at the polls across the country.

Out of a total of 15 counties, where the CDC put up all 15 male candidates, with the National Elections Commission (NEC) already declaring winners in 12 counties, the ruling party has won just three seats, while the opposition bloc mostly the Collaborating Political Parties (CPP) comprising main opposition contenders, the former ruling Unity Party (UPP), Liberty Party (LP), ALL Liberian Party (ALP), and Alternative National Congress (ANC) have won a larger chunk of the Senate seats.

But one man who seems to know so well, just why the ruling CDC suffered such a fatal defeat and bruising political blow at the polls, is former Minister of Finance Amara Mohamed Konneh, who has attributed the CDC’s huge loss in the mid-term senatorial elections to what he calls President George Weah’s destruction of Liberia’s institutions and systems in his little over three years rule.

Weah, a world soccer icon came to power following a controversial election in 2017, promising among other things at his inauguration on 22 January 2018, at the Samuel K. Doe Sports Complex, a sporting facility where the president once showcased his soccer artistry before attaining stardom to fly onto the international scenes, that Liberians should not expect of him floury speeches, but that what he would rather do is to make good decisions in their best interest, and that they (Liberians) would not be spectators in their own country.

But sadly, Weah’s inauguration promises seem to be far from becoming a reality, as under his watch, the country’s economy continues to take a nosedive, leading to unfavorable economic constraints that continue to exert upon his people unbearable hardship resulting to deplorable living conditions.

The President and officials of his administration stand accuse of engaging in rampant corruption and bad governance, accusations that the CDC-led government is yet to satisfactorily disprove, especially amid the alleged disappearance of some 16 billon Liberian dollars banknotes and the misapplication of US$25,000 intended to mop up excess liquidity out of the country’s dwindling economy.

Howbeit, former Minister of Finance Konneh, who along with his boss, former President Ellen Jonson-Sirleaf reportedly bankrolled Weah’s campaign in 2017, thus allegedly playing a significant role in helping to bring the former footballer to power, has said Weah and his administration has been delinquent in delivering to Liberians, insinuating therefore, that such delinquency led to voters downplaying candidates of the ruling party in the just-ended special senatorial elections.

Konneh, while relying on a local parlance to validate his assertions, wrote on his official Facebook page recently that “no one kills their chickens and expects eggs,” adding that such parlance of olden days seems relevant in these present days relative to how the 2020 special senatorial polls to a large extent slipped off the hands of Weah and his CDC.

Expatiating on the parlance “no one kills their chickens and expects eggs,” Konneh added, “that old saying seems to have three meanings that illustrate how elections can turn against incumbent officials and a ruling party, and undress their illusions of grandeur and inflated populism.

Firstly, Konneh said, the parlance indicates that the Weah-led government is the chicken and the eggs are what it delivers to citizens, adding that “the December 8 elections’ results so far indicate that the chicken has stopped laying eggs because the leader has destroyed the institutions and systems (the chickens and the coop) it inherited, so there are no longer eggs.”

Konneh pointed out that Weah and his administration shot themselves in the leg and lost the support of the people, when the CDC-led government embarked upon the implementation of financial policies that seek to severely reduce the growing wages of Liberian workers and strangulate businesses operating in the country.

“No government starves its people by drastically cutting wages that had steadily grown by more than 700% over 12 years from a shallow base, nor can it strangulate businesses that pay the bulk of its domestic revenues, the governor of its fiscal policy, and yet still expect to maintain their loyalty,” Konneh emphasized.

He continued: “Second, the saying reminds us that people know their power and the finality of their decisions. They know that their patience is golden and that any politician’s popularity rests squarely in the people’s hands. Once that bubble bursts, the delinquent politician is sure to come out of an electoral contest with eggs on his face.”

Thirdly, Konneh, who says the Liberian leader seems to be a victim of what he (Konneh) refers to as “power poisoning,” further explained that the parlance, “no one kills their chickens and expects eggs,” also illustrates the rationality of thought that any sound person should possess,” adding, “that rationality stands in stark contrast to President Weah, who appears to be a victim of a form of power poisoning.”

Konneh laments that President Weah’s advisers tell the Liberian leader that he’s doing better than any of his predecessors, adding that such presidential advisers even encourage Weah to put his name on every public project, including electricity transformers; “even when they are remarkably ignorant of crucial facts about how the previous administration raised funding for those projects.”

Under Weah’s watch, Konneh says Liberia is experiencing high inflation, and that commercial banks haven’t been able to dispense money to their customers for several months now, noting that in the midst of all of these, those the former Minister of Finance calls “so-called “party ideologues” and “fighters” continue to mislead the Liberian president “with their fixed perspectives and shield him from other valuable points of view of Liberians who disagree with his policies.”

He stated that President Weah and his “so-called “party ideologues” and “fighters” forget that no state runs on autopilot or based on one person or group’s ideology, particularly a post conflict fragile state Like Liberia – “that’s why three independent branches of government serve to check and balance one another,” Konneh stressed.

He reminded Weah and the CDC that real politics and democracy thrive on the diversity of constructive, rational thoughts, adding that a ruling party and its leader survive on consistent, productive and inclusive actions.

“It’s clear that the Weah administration was on the ballot on December 8, being tested against this standard. The results don’t bode well for him. Whatever the outcome, he will have to swallow this spectacle as a reward for his failed politics and policies over the last three years that are killing the chickens that are expected to produce eggs for his people,” Konneh pointed out.

He then congratulated winners in the special senatorial elections particularly those from the opposition CPP, reminding them that there are though roads ahead for Liberia in a post Covid-19 pandemic world, and that “getting the politics right now will help us get there.”