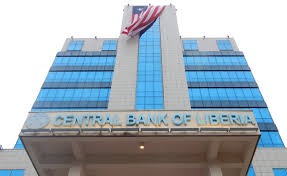 Monrovia: The Central Bank of Liberia has announced measures it is taking to curb the shortage of Liberian dollars in circulation on the  money market.

The Bank announced Monday that in keeping with it’s statutory mandate, it is taking measures to ensure that adequate Liberian Dollars are provided to the population through commercial banks in the country.

Currently, CBL disclosed that it is infusing liquidity in commercial banks to address the shortage, but the Bank was quick to add that such process will be done gradually so as to maintain low inflation volatility aimed at protecting the purchasing power of ordinary citizens.

The Bank noted that the current restrictive operational autonomy granted it under the CBL Act, constrains the Bank from taking measures to effectively address the increasing demand of Liberian Dollars Liquidity.

“We had requested the printing of 75-billion Liberian Dollars in 2019, but the legislature only approved 4-billion at the time. This means with increasing demands from several factors to include economic and population effects, dollarization, mutilation and economic precautions, the need now for the printing of more liquidity cannot be overemphasized,” the Bank’s statement read.

It continued: “Of the 4-billion Liberian Dollars printed in 500-Bills, only 50-percent, meaning half of the 4-billion printed, has been infused in the market which represents the ratio of about 1-to-10 of new to old banknotes in circulation”, the bank said.

The CBL attributed the current Liberian Dollar liquidity problem to several factors, including the effects of COVID-19 on the economy, but said it has begun working with various stakeholders, as well as the International Monetary Fund, the National Legislature and other players to find a lasting solution.

The Central Bank renewed its appeal to the public to focus on using other mediums of payments, like mobile money and POS to carry out daily financial transactions which will ease the burden of having direct access to liquidity.

“No One Should Be Punished Before Hearing”