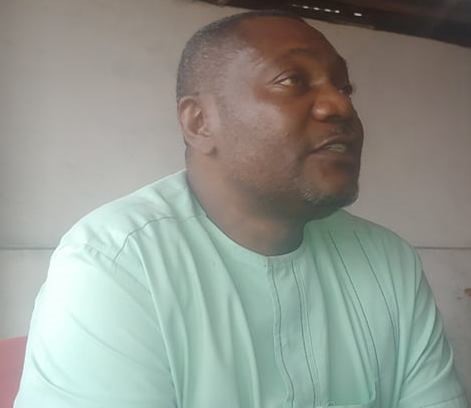 The management of China Henan International Cooperation Group (CHICO) says it has accelerated efforts to complete the Karloken-Fish Town corridor of Southeast well in time.

The Karloken – Fish Town corridor road project is an Asphalt Pavement which lies in a generally rolling mountainous terrain with a total length of 80.5km, and an average carriageway plus shoulder width of 11.3m. The road carriage way will remain as a 2-lane facility (each lane will be 3.65 m wide).  The current status of the project is around 85% completion.

CHICO is a Chinese state owned construction and engineering company held by the provincial government of Henan. The construction company is known for being part of the “vanguard of the country’s Africa drive”. It has been working in Liberia since 2008 and has constructed major roads and projects across the country.

Speaking at a news conference in Congo Town on Sunday, October 11, 2020, the Human Resource Manager of the company, Mr. Jacob O. David, stated that completion of the road ease the transportation of goods and supplies to that part of the country.

Apart from economic revitalization, David noted that the road, when completed, will also improve the living standards of people living in that part of the country the Southeast and the country at large.

“Up to date, the project, which covers Karloken to Fish Town, is around 85% completion rating and we are committed to reaching full completion by May 2021,” said David.

“We continue to reaffirm our commitment to the development of roads in Liberia,” he indicated.

He said the company is committed to adhering to its social corporate responsibilities to the communities in which it operates.

“Consistent with our social, corporate responsibilities to the communities, the management has been involved with several initiatives ranging from the employment and training of local community dwellers to become skilled in various areas of construction activities, the construction of schools in the county, support to local government subsidiaries, among others,” David added.