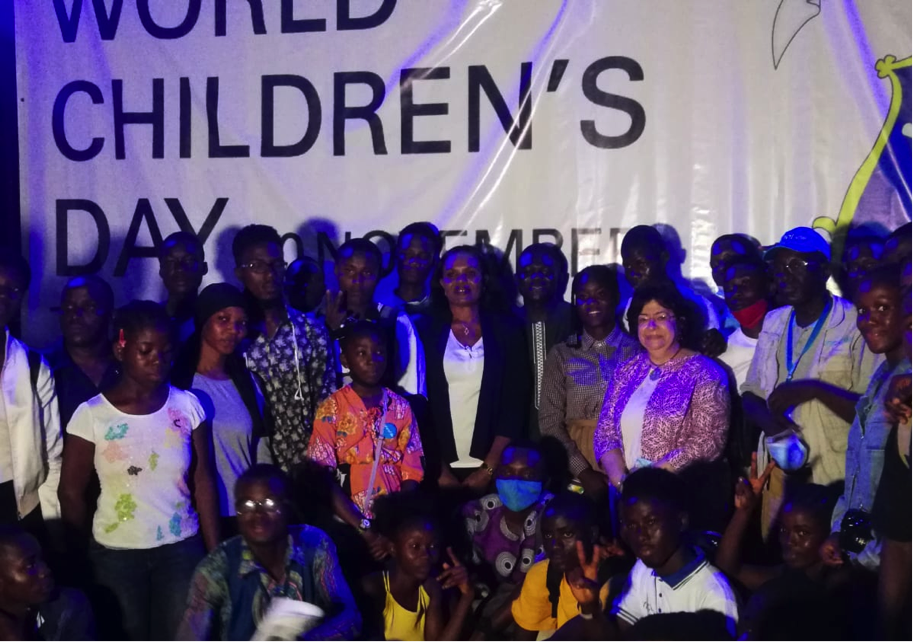 -Wants an end to practice of FGM

The Ministry of Gender, Children and Social Protection (MGCSP) in collaboration with Liberia National Children Representative Forum (LNCRF) with support from UNICEF and her partners, will on Today, November 23, 2021 commemorate World Children’s Day.

World Children’s Day is globally celebrated on 20th of November every year but Liberia will celebrate the day on Tuesday to commemorate the Declaration of the Rights of the Child by the UN General Assembly which instituted on 20 November 1959.

The day is being observed under a Global Theme: ‘A Better Future for Every Child, Kids Take Over,’ while Liberia is commemorating the day under a National Theme: ‘Children Taking Over, A Hope for Liberia’s Future’.

The WCD celebration is primarily led by the World leading Child Protection Agency UNICEF. It is a day of action for children, on behalf of children, and led by children.

The day was primarily instituted as an entry-point of promoting, advocating and celebrating the rights and the welfare of children, giving them the opportunity to enjoy and grow into healthy and educated citizens.

The objective of the 2021 World Children’s Day celebration is to afford kids the opportunity to take over. As it is globally observed, children across the world including Liberia are afforded the to take over in high-profiled roles in prominent areas to include: the media, legislature, business community, sports and entertainment normally held by adults to shine a spotlight on issues that matter to them.

Additionally, schools, public buildings and offices of child protection agencies (local and international) in and around Liberia, and the world, will light up BLUE during the observance of the day to show support for child rights.

Activities marking the commemoration of the day begun on Friday, November 19 with the lighting of the Ministerial Complex in Congo Town by the children of Liberia. On Monday, November 22, the children were afforded the opportunity to temporarily sit in as legislators at the National Legislature, at which time, they held deliberations on the passage of the Children Right Law amongst other issues confronting their wellbeing. During the deliberation, Representatives of LNCRF insisted the need to have a budgetary allocation in the national budget so as to cater to the operations of the LNCRF. Additionally, the children spoke on other issues like implementing the portion of the law that speaks to abolishing harmful traditional practices amongst others.

The official indoor program will take place at the Ministerial Complex theatre beginning at 9am.

This year the Ministry of Gender, Children and Social Protection will use the Day to resound the George M. Weah Government’s commitment to protecting the lives and welfare of children especially ending all forms of violence against children, and also, inspiring children in Liberia in their quest to advocate for their rights.