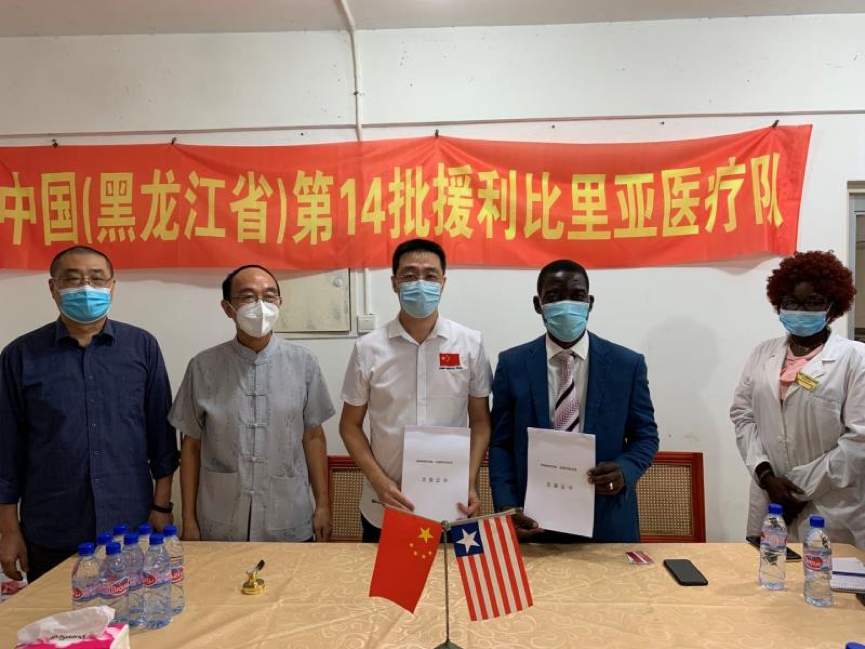 On February 23, H.E. Ren Yisheng, Chinese Ambassador to Liberia, attended the 14th batch of the Chinese Medical Team’s donation ceremony of medicine and tools to Liberian JFK Hospital. The ceremony was attended by Li Jiang, the Embassy’s Economic and Commercial Counselor, as well as all members of the medical team, Dr. Brown, the CEO of JFK Hospital, and other senior hospital officials.

Ambassador Ren praised the China Medical Team’s contribution to Liberia’s medical and health care, and stated that China will continue to actively collaborate with Liberia in the medical and health industries, as well as work together to combat the pandemic.

Dr. Brown praised the Chinese government for its unwavering support for Liberia’s health cause, praising the work of the China Medical Team in Liberia at JFK Hospital and thanking them for providing high-quality medical care to Liberians. He stated that the hospital would put the donated medicine and instruments to good use in order to assist the people.