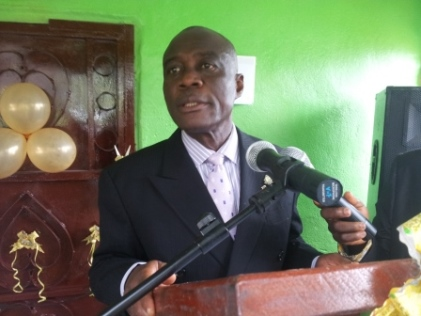 A former President of the Liberia National Bar Association, Counsellor Moses Paegar, has called on legal practitioners in the country to help improve the judicial system of the country by practicing their profession with professionalism.

Speaking in Gbarnga over the weekend at the formal closing of the Association’s 2020 national convention, Cllr. Paegar said topics taught during the conversation including “Continuing Legal Education (CLE)” should be used by participants to improve the judicial system of the country.

According to him, a lawyer must meet his or her CLE requirement in order to meet the mark of the legal profession.

The LNBA former President, at the same time, encouraged lawyers to ensure that they meet the ethics of their profession that will enhance intellectualism in the legal field.

According to him, intellectualism and ethics can be taken to a new destination when legal practitioners adopt a system of critical legal writing and proof-reading, amongst others.

In remarks, Justice Minister, Cllr. Musa Dean, extolled Liberian Lawyers for their level of professionalism in improving the legal sector of the country.

Minister Dean who could not hold back his excitement, pledged his ministry’s commitment to work with the Liberia National Bar Association in all its undertakings to improve the judicial system of the country by moving it forward.

Also making remarks, a member of the Resolution Committee, Cllr. Lucia Ballah, said over the years, lawyers have been penalized by the Supreme Court of Liberia for breaching the ethics of the profession.

The three-count resolution read by Cllr. Ballah pointed out compulsory payment of twenty-five percent due by all LNBA members; LNBA to solicit views from lawyers or legal practitioners as part of its function, and proposing financial empowerment to benefit members.

The LNBA 2020 National Convention which brought together 400 lawyers was held under the theme, “Adherence To The Rule Of Law”.