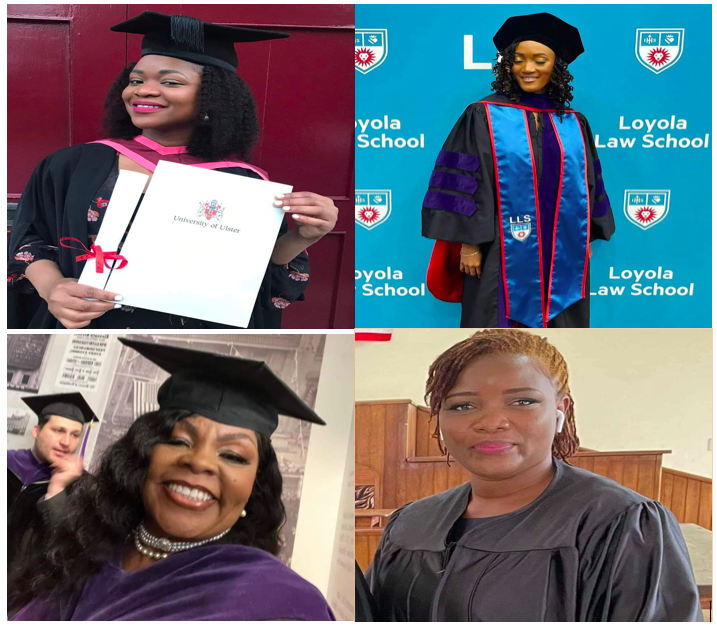 Liberian women residing in the United States are making progress to eliminate the gender gap in the judiciary and prepare the path for young women leaders who may be struggling in school.

Their massive achievements are an enormous boost to our country’s existing human capacity shortage in the legal profession, as well as evidence that women are capable of outperforming males in any field.

Before pursuing higher education abroad, they were classmates and graduates of the Louis Arthur Grimes School of Law at the University of Liberia. They are duly qualified attorneys with good standing memberships in the Liberia National Bar Association (LNBA) and the local bars of the counties they hailed from.

They had the bravery and determination to overcome the challenges, which ultimately resulted in each of them receiving a master’s degree in law between 2020 and 2022.

Furthermore, their academic accomplishments should serve as a source of inspiration for young women who seek to eliminate gender inequality at all levels, as the pursuit of gender parity in the legislature, judiciary, and executive can only be accomplished by women willing to endure a difficult period of time.

Attorney Rose Stryker referred to God in a message to this publication, crediting her success to his grace and fortitude, which enabled her to attain such academic credentials.

She mourned the loss of her daughter to cancer three months prior to the conclusion of her studies, but her resolve was revived since the nation need her contribution to strengthen Liberia’s legal fabric.

In addition, she encouraged young women to keep their heads held high, as there will always be difficult moments that may tempt them to give up, but quitting should never be an option.

Angie Brooks Centre Molds The Minds Of 90 Disadvantaged Youths Against...