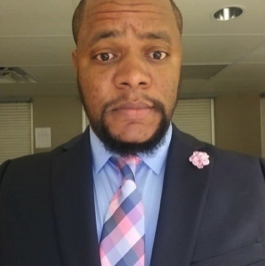 MONROVIA – An avowed supporter of former Vice President Joseph Nyuma Boakai, who is seeking to head the ticket of the Collaborating Political Parties (CPP) as its presidential candidate for Liberia’s election in 2023, talk radio presenter Henry Pedro Costa, has asserted that the “CPP is useless.”

Howbeit, months of incessant brawls characterized by claims and counter claims, as well as public disagreements clearly pointing to incohesiveness in the CPP, have heightened so much so that many political pundits including some members and supporters of the Collaborating Political Parties are now beginning to predict the imminent dissolution of the collaboration ahead of the election.

One of such individuals is the popular controversial talk show host and political commentator, Henry Pedro Costa, who has averred that the in-house rift between the two CPP presidential hopefuls, Joe Boakai and Alex Cummings, is untenable, unsalvageable, and unfixable, stressing that therefore, constituents parties in the CPP should stop wasting their precious time continuing with the collaboration, but should now go their separate ways.

He continued: “Don’t fool yourselves, and don’t drag everybody along, you all need to let this thing go. It is not working,” said Costa, who stated that some may not like the sound of this, but it is the truth – “Sometimes, we don’t like to hear the truth because the truth hurts.”

In a podcast live streamed via Facebook at the weekend, Costa, who, in the broadcast, referred to himself as a “Floor member” of both the ALP and the CPP, inferred that the ANC is the problem-child in the CPP, charging the Alex Cummings’ camp of fermenting trouble, which he termed as real problem and serious issues within the collaboration.

Costa is of the belief that now is time for constituent members of the CPP to be honest with themselves; by disengaging with the idea of forging on with the collaboration, likening the CPP unto a relationship that is not working despite all efforts to make it work, and so the only alternative now left is its dissolution.

He believes the problems within the CPP, as regards alleged excesses of the ANC, have reached crisis proportion, as such that it is no longer salvageable, beyond repair, and cannot be fixed in anyway whatsoever, saying, “That’s it; if it can’t work, it can’t work. It is not working, it will not improve.”

The CPP is scheduled to go to convention by mid-2021, to elect either Boakai or Cummings to head the presidential ticket of the collaboration for the 2023 election, but Costa believes because of the ongoing squabbles within the party, which he squarely blame on the ANC, the pending convention would not be held, stating “We better not fool ourselves  that we can continue this nonsense that we are doing where it is clear the other people don’t want to work with us, and we think we can go to the convention and somebody wins and the other person will simply get up and show magnanimity and grace and accept the result and commit to working with the person who won to win the [presidential] election, we are mistaken, we need to think again. It is not going to work.”

“Now, the problem here is this; if we continue this brouhaha, this yoyo in CPP, and expect that we will go to the convention and the convention would be good and somebody will beat somebody and there will not be any chaos, and the loser will accept the result, we are mistaken,” he added.

He expressed fear that even if the CPP was to go to convention but remains crisis-prone, it would be unable to defeat President Weah and his Coalition for Democratic Change (CDC), stressing that the incumbent is not completely weak, and that not just anybody can beat him at the polls, but his choice of candidate for the CPP, Joe Boakai.

He said: “I know the CDC people like to hear this; to hear me admit that Weah is not beatable by just anybody. Only Joe Boakai in my mind can beat George Weah, period!”

He’s predicting that from now until the CPP’s scheduled convention for the middle of next year, there will still be plenty of trouble within the party, and that the ANC will continue issuing press releases and fussing within the collaboration.

“These people, you can’t work with them. It’s not going to work,” he said, adding, “This is the conclusion I have come to personally; this relationship is not working. Let’s break up this damn thing go on our own; let them go on their own let this noise stop,” he emphasized.

Costa is peeved with Cummings and the ANC, for its most recent press release regarding the party’s decision to have boycotted the turnover ceremony of the chairmanship of the CPP from LP’s political leader Senator Nyonblee Karnga-Lawrence to UP’s Joe Boakai, on last Friday. He also expressed disgust over the ANC’s repeated issuance of press releases when the party disagrees internally with happenings within the CPP.

“Did you not see the press release the ANC put out yesterday? Not only did they not say they would not attend the program, they also went ahead and they accused the Unity Party and the Liberty Party of illegal profiteering, because the people bought T-shirts, printed the T-shirts and sold the T-shirts for reasonable prices,” said Costa, who justified the UP and LP action to have sold T-shirts, by stating that “Times are hard, and that he sees nothing wrong with the printing of party’s paraphernalia and selling same to partisans and supporters at reasonable prices – “it’s done all over the world.”

Costa intimated that things are so bad now within the collaboration that the ANC is boycotting CPP events, emphasizing that this weekend’s boycott was the second of its kind for the ANC and Cummings to have boycotted a CPP function; naming the UP’s early September ceremony for the endorsement of Joe Boakai as the party’s candidate to contest the CPP’s presidential slot at its upcoming convention.

He slammed ANC’s members and supporters as being immature, childish, and arrogant for always rushing to the public about everything while they at the same time accuse him of being guilty of being immature, for discussing all CPP-related matters in the public domain.

Costa claims the ANC folks are arrogant and delusional to a nauseating proportion that he can no longer condone, so he wants the ANC to go, stating, “This thing here now is not salvageable, let them just go! It’s just crazy – these people, they’ve got to go.”