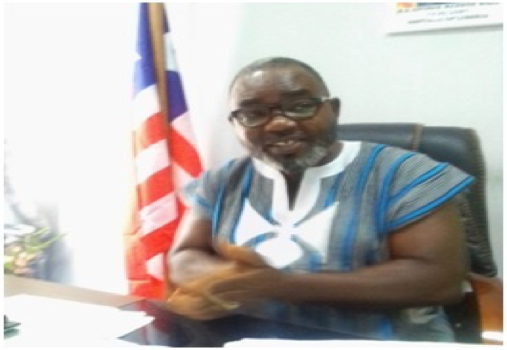 The National Identification (NIR) is allegedly registering foreigners, particularly Ivoirians, in Maryland, according to claims made by Maryland County District #3 Representative Isaac Roland. The Civil Society Network of Liberia (CSNL) has called these claims unfounded, baseless and a political gambit. Rep. Roland recently asserted that Mr. J. Tiah Nagbe, the Executive Director of the NIR, is giving away free National Identification Cards to foreign nationals, notably Ivoirians, in order for them to support him in the next Maryland County senatorial elections in 2023.

However, the Civil Society Network of Liberia, through its Executive Director, Mr. Sensee Kiadii, provided its position on the allegations, stating: “After investigating Representative Isaac Roland’s allegations against the Executive Director of the National Identification Registry, Hon. J. Tiah Nagbe, the Civil Society Network of Liberia strongly believes that these allegations are baseless and politically motivated assertions that lack all aorta of truth.”

Sensee said the allegations made against the NIR Boss by Representative Isaac Roland are likewise a flagrant example of ignorance and an effort to defame Hon. Tiah Nagbe, who, he said, has worked diligently over the years to run the institution with integrity, credibility, and professionalism.

According to Mr. Kiadii, a credible investigation unequivocally proved that the special enrollment procedure taking place in Maryland County is a funded pilot project of an international NGO being implemented by the NIR, in contrast to Representative Roland’s accusations that Hon. Nagbe is using the NIR to register foreigners as citizens in Maryland County for voting. CSNL Executive Director said NIR entered a contract with an NGO that is paying for Liberian citizens to enroll in Maryland County’s NIR Biometric Citizens Identification process.

He said contrary to Representative Isaac Roland’s claims, a fact-finding inquiry conducted by the regional officers of the Civil Society Network based in Maryland County reveals that the people being enrolled by the NIR are Liberian citizens, mostly women, and not foreigners or Ivoirians. According Sensee, Representative Isaac Roland lacks any moral authority to call into question the actions of Hon. J. Tiah Nagbe, a respected public servant whose life and career are rich with honesty, integrity, sincerity, and professionalism.

The Civil Society Network of Liberia recalled that Jimmy Smith, a representative for Montserrado County’s District #2, had previously made similar claims that an NIR IT analyst had been discovered printing national identification cards in a nearby clinic; however, it was later established that Smith’s claims were untrue and misleading. CSNL therefore says it is perplexed as to why Representative Isaac Roland will repeatedly level unfounded accusations against the NIR Boss, adding that it is absurd and unfortunate for these lawmakers to charge the NIR Boss with registering foreign voters when the National Elections Commission will not use its biometric system. In addition, Mr. Kiadii said, “We think that these lawmakers couldn’t have made these charges if they had asked about how the National Identification Registry operates.” Mr. Kiadii is urging Representative Isaac Roland and his likes to know that this is not the NIR’s first attempt to enlist special people. “On various instances, the National Identification Registry carried out enrollment at its partners’ request; during this time, residents received free ID cards. For example, the Ministry of Gender’s Social Cash Transfer Program, the Ministry of Defense’s AFL Pensioners Program, and the Ministry of Commerce’s Small Business Stimulus Program,” he said.

The CSNL then requested representatives Isaac Roland and Jimmy Smith to concentrate on representing their district by making sure that the constituents’ quality of life is positively influenced. Instead of focusing the attention of the Liberian people on unfounded and unproven allegations, particularly against a reputable organization like the NIR, they challenged the lawmakers to explain to their respective constituents how the US $30,000.00 received from the 2022 National Budget was received and used.