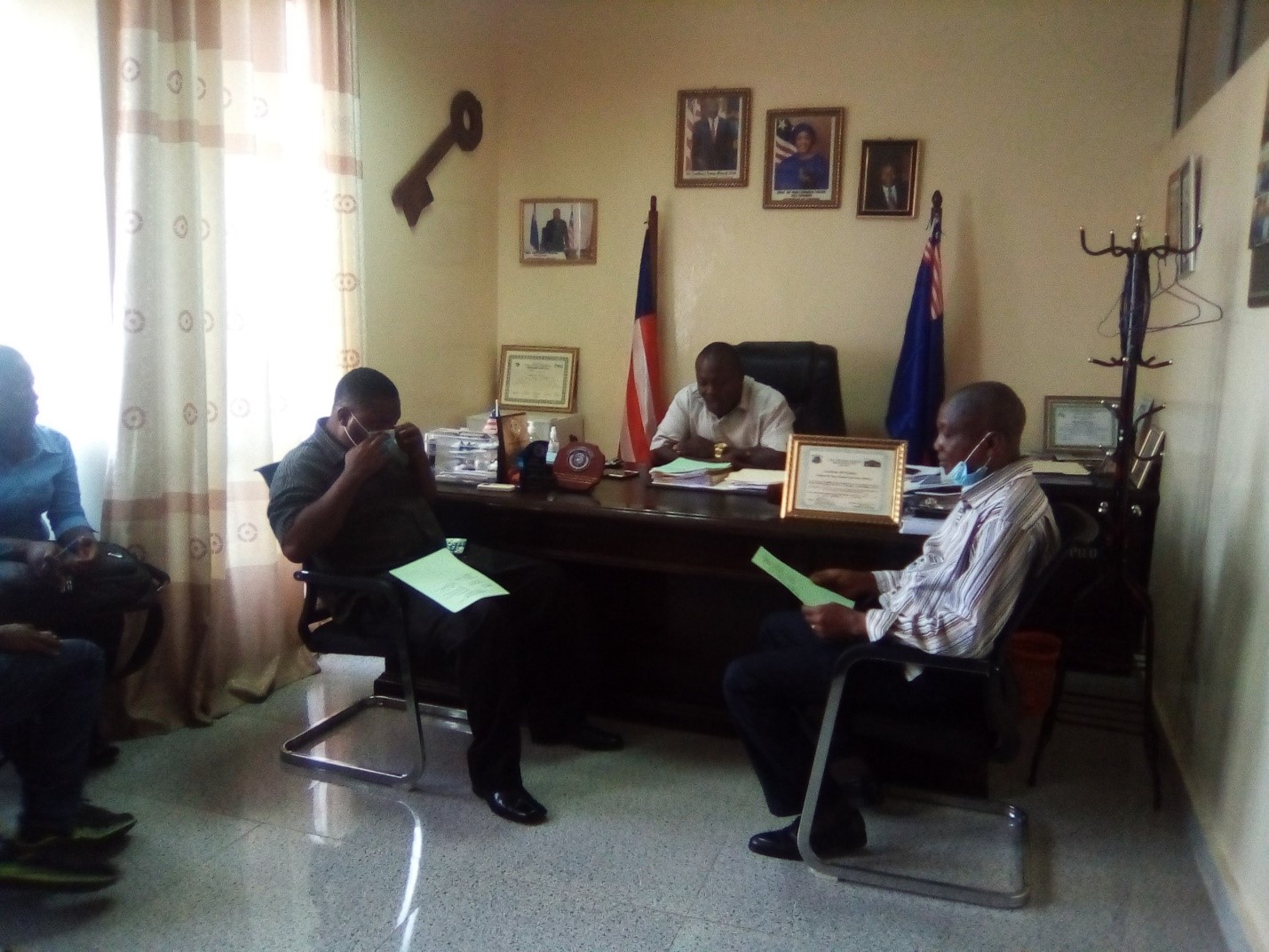 The Civil Society Organizations Wash   Network and  the WASH Legislative Caucus of Liberia have ended a one day intensive assembly  on global hand washing day in Monrovia.

The Global hand washing day 2020 was celebrated under the theme: “Hand Hygiene For All.”

Giving the overview of the event, the Executive Director of United Youth, Timothy Kpeh, said the meeting was part of the CSO Network’s advocacy engagement on  the national budget for the improvement  of  the WASH Sector.

According to him, their quests during   the budget hearing were for the central government to increase the WASH Budget especially on governance.

Mr. Kpeh  said with  the passing of  the national budget,  it is their hope  that the WASH sector will have a reasonable budget  that will address  those  constraints of  the wash sector.

Also speaking at the occasion was  the Chairman of the CSOs  Wash Network,  Augustine  Myers, who  said  the event  is part of their engagement and observance  of global hand washing month that was officially celebrated in October .

Mr. Myers said as part of their engagement on the observance of the world hand washing day, the CSO Network conducted community awareness on water Sanitation and Hygiene with in five communities that included  Swagger, located on the Borbor Island, the   72nd   Kingzito, Sonewein  and Tompoe Village respectively.

According to him, during  the Ebola crisis  in Liberia,  hand washing was a key component  in  the fight  against  the Ebola including  the Coronavirus .He said hand washing plays a pivotal  role  in sustaining good health practices.

Also speaking during  the  event  was  the WASH Caucus Chairman , Grand Bassa  County Senator Jonathan Kaipay who assured  the CSOS  WASH  NETWORK  of  the caucus’  commitment  in addressing  those issues  that are confronting  the sector.

He said the caucus could not disclose what was allotted in the wash budget to the organization because   President George Weah has not signed the budget.

Senator Kaipay further said the Wash Sector  is critical  to the development of Liberia.

He stressed that the caucus  will work with  the relevant partners  to ensure  the sector  is fully supported.

Also speaking was a member of the caucus, Rivercess County Representative, Byron Zahwea, wants the Government and its partners in the WASH Sector to formulate an agenda that will drive the sector.

He said with a comprehensive   agenda will allow the government   to work in line with such national agenda including the partners   for efficiency.