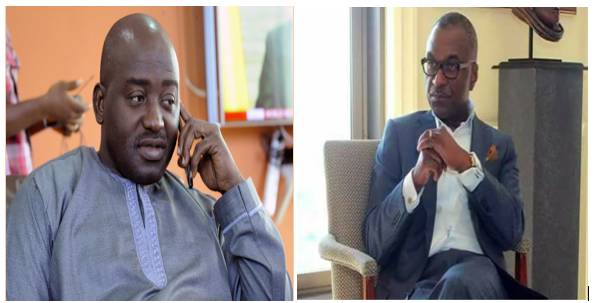 The Liberty Party (LP), one of the two remaining Collaborating Political Parties (CPP), has threatened to reassess its standing in the political union. Following the withdrawal of both the Unity Party and the ALL Liberia Party, the LP indicated in a press statement on Saturday, March 5, 2022, that it planned to reexamine its relationship with the Alternative National Congress (ALP). Moving forward, the party stated that it intended to explore all available possibilities.

This statement (LP will explore all available options moving forward) comes at a time when political analysts are predicting that the opposition’s chances of winning the presidency in 2023 are dwindling, implying that LP is on its way to joining the ruling Coalition of Democratic Change(CDC), according to pundits. Furthermore, sources close to both Musa and Cummings claim that Chairman Musa Bility is leaning toward the ruling party.

Following the withdrawal of the All Liberian Party (ALP) and the Unity Party (UP) from the Collaborating Political Parties (CPP), the Liberty Party announced that it will review its relationship with the CPP and evaluate all options moving forward.

The party stated it reached many crucial decisions during a National Executive Committee (NEC) meeting, including examining its connection with Alexander Cummings’ Alternative National Congress (ANC) and deciding to dismiss some top party members.

The Liberty Party, on the other hand, assures the public that it remains committed to ensuring that the opposition’s goals are met, and that these goals will be prioritized in all LP discussions and decisions, noting that the NEC voted to refer this matter to the LP Special National Convention for deliberation and direction.

Meanwhile, the party said it suspended some of its officials in November and December 2021 for failing to pay their membership dues, as required by Article IX of the LP Constitution.

“These officials were given ninety (90) days to remedy their deficiencies, as constitutionally required, and were notified of the same. The ninety-day period has expired, and, to date, the suspended officials have not remedied the deficiencies. As such, the LP EC has voted to remove the following suspended officers from their positions in the party, in line with the Constitution, “the party said.

In addition, the party informed the public of the resignations of two prominent members from their positions in the party, announcing its acceptance of their resignations: Mrs. Edith Gongloe-Weh, Eminent Partisan, Mr. Nathaniel Barnes, NAC Member.

The LP NEC assures its partisans and supporters that we remain committed to ensuring that all efforts are made to ensure that the best interests of the LP and the country remain paramount, “the statement concludes.

Up to press time, there were no official statements from the individuals that were expelled from the party.