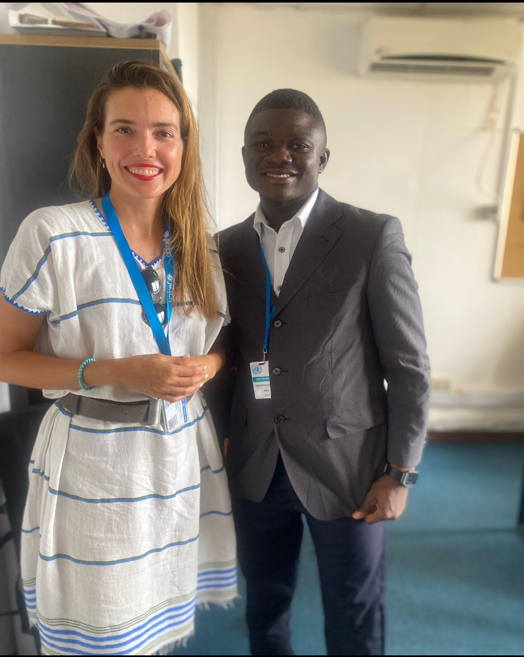 The Liberia National Children’s Parliament has denounced the handling of the DNA results regarding three SOS Children’s Village employees who reportedly impregnated or raped a 16-year-old female beneficiary of the organization.

Dr. Benedict Kolee conducted a “DNA test” at JFK on August 9, 2022, on behalf of the Ministry of Justice, through the Liberia National Police, in coordination with the Ministry of Gender, Children, and Social Protection, and in conjunction with the Children’s Parliament.

During the DNA test, samples were obtained from the adolescent mother, known as Irine, and the infant to determine the paternity of her pregnancy without the presence of the government or any other institution.

Rather, the presence of Jamalie Health Center, reportedly representing the former SOS National Director, was observed throughout.

According to Dr. Kolee, who did the gene test, the results would have been available within 90 minutes, and he would have sent his report to the Office of the Minister of Justice.

However, the children’s parliament notified reporters that the report was issued 48 hours later, on Friday, August 12, after the Justice Minister came under pressure.

The speaker of the Children’s Forum, the Honorable Joel UK Gray, implied that the report was not officially released, but rather that the children’s parliament was verbally informed that “McCintosh” was the one who impregnated the child and not the former SOS National Director, who is the prime suspect, and that the other accused are innocent.

Mr. Gray expressed his astonishment at the lack of a formal copy of the DNA test report and the fact that none of the three government organizations (MoJ, LNP, and MoGCSP) have yet to inform the public of the results of the “DNA test.”

He claimed that the government is breaching the rights of one of the alleged culprits, “MCcintosh,” by holding him in custody for more than 72 hours while allowing the former National Director and others to walk free.

Therefore, “we strongly condemn the Ministry of Justice’s decision to withhold the “DNA test” result for the past month, depriving stakeholders and the public of information about a serious subject such as statutory rape. As a path forward, we are requesting that the Liberian government publish the report or release the young man being held without trial, as it appears the government lacks adequate evidence because it likely disagrees with the “DNA study” provided by the JFK medical center.

Parliament further criticized any attempt to tamper with the study because it suspected foul play in the manner in which the state has delayed the report’s dissemination or, at the very least, shared copies with individuals who have a right to know the test results.

In the meantime, following the Children’s Parliament’s recommendations to the United Nations in Liberia for continued engagement with the Parliament on Wednesday, August 10, 2022, the UNICEF consultant promised to ensure that challenges of the children forum are communicated to the proper authorities and that they will work with the government to ensure that the following recommendations are implemented.