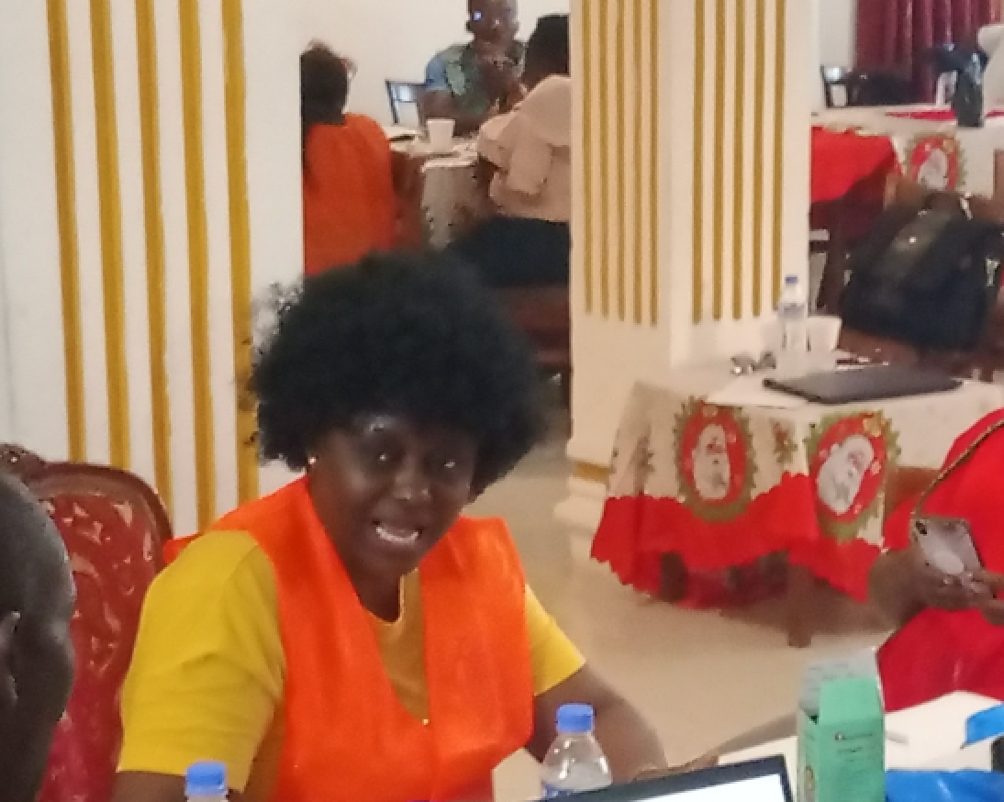 As the Micro-loan Technical Committee (MLTC) climaxes the micro-finance loan facility for Community-Based Enterprises and Small and Medium Enterprises for 2022, the Deputy Minister for Urban Affairs of the Ministry of Internal Affairs, Paulita Wie, has urged beneficiaries of the project to be proactive in their repayments in due time, warning that funds made available by donors are not meant to be misused.

At the end of the MLTC retreat, which took place at the Embassy Suites in Mamba Point on December 16, 2022, Minister Paulita Wie told the group about it.

At the project level, Deputy Minister Paulita Wie, who is also the Chairperson of the Liberia Country Program, condemned and expressed disappointment in those CBEs that were not meeting their obligations to the bank, cities, and communities.

She threatened to take legal action against those that are refusing to pay back the loan, as she believes transparency and accountability should be part of being a good citizen.

However, she lauded those CBEs that are living up to their commitments and are in good standing with the bank, cities, and communities.

Deputy Minister Paulita Wie also told the public to keep their surroundings clean and sign up for a CBE, an SME, or one of the other criteria.

The main purpose of the retreat was to follow up with CBEs and SMEs on the Risk Mitigation Framework, remind them to be committed to paying back their MLTC loans, and give them a place to make plans for the coming year.

Making a presentation at the climax of the retreat, specifically on recommendations for the ensuing year, Jerome D. Danqbuah, the Director of the Central Region of the Solid Waste Management Department, told the MLTC

They have decided to go after bad borrowers with a strong recovery campaign, using the law and standard operating procedures for loans.

He said that the Micro Loan Technical Committee (MLTC) has decided to spread more information about small and medium-sized businesses and community-based enterprises on local radio stations to get more people to sign up with them.

Jerome D. Danqbuah also said that the MLTC will be more involved in making sure that Eco Bank Liberia gives the MLTC monthly financial statements on time.

“Community-based enterprises within Paynesville shall be assigned for disposal purposes; the city and the CBE shall work together in the identification of the assignment sites and the protection of the skip location,” he added.

At the same time, Jerome D. Danqbuah said that the MLTC had come to the conclusion that its Urban Taskforce needed to be more proactive and build on the work that was already being done to implement activities in citizens, townships, and other areas. It should also plan holistically with cities and counties.

He said that he hoped the points he had brought up would be taken seriously when they were put into action in 2023.

Meanwhile, as CBEs were arranged in various groups to offer suggestions, some recommended the need for legal action on non-compliant CBEs, an adjustment in the payment plan, a 10-percent interest increment, Collaboration with city authorities to end CBE noncompliance Publishing names of non-compliant CBEs, court processes for non-compliant CBEs, negotiation between MCC and PCC, and a joint taskforce for an effective repayment effort

But other groups made up of different CBEs asked for donors and stakeholders to get involved in the waste sector, for accountability, for the government to start making rules about waste management, for transfer stations to be empty so they can be used for garbage collection, and for the loan to be restructured.

The European Union gives money to pay for the Microfinance Loan Facility for Community-Based Enterprises and Small to Medium Enterprises.

Its partners in putting it into action are the Ministry of Internal Affairs (Department of Urban Affairs), Monrovia City Corporation, Paynesville City Corporation, the Environmental Protection Agency, NACOBE, and Eco Bank Liberia.

“Community For Peaceful Elections in Liberia 2023”