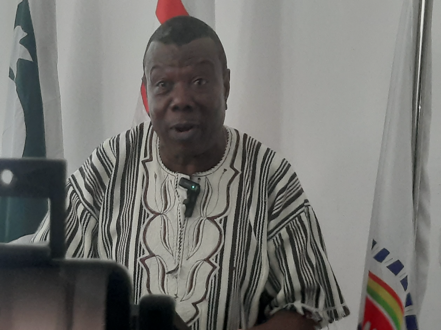 Dr. Toga Gayewea McIntosh, who served as Liberia’s Foreign Minister before George M. Weah, has asserted that the current government of the Coalition for Democratic Change, which is led by President George M. Weah, is torturing the minds of Liberians in a very severe manner, which is both unethical and illegal. This is accomplished through poor management of state resources and through corrupt dealings with those resources.

According to Dr. McIntosh, the CDC government has caused the Liberian people to suffer more harm in a span of fewer than five years. According to him, this has resulted in severe psychological distress for the Liberians.

At a major press conference held on Wednesday, December 14, 2022, at the Headquarters of the Collaborating Political Parties in Monrovia, he stated that the mismanagement, corruption, and misuse of power and the country’s resources by the CDC government have made the Liberian people’s suffering worse. He was speaking about the CDC government.

The nation of Liberia is plagued with a high prevalence of mental illness. Our young men and women are out there peddling their wares, and there’s nothing standing in the way of them having a brighter future. It is impossible for fathers to return home with money. It is impossible for mothers to take care of their own children. Despite the fact that I am physically comfortable in my home, I must continue to suffer mentally. “I am going through a lot,” he said.

Dr. McIntosh explained that being unable to purchase a bag of rice is only one aspect of what it means to suffer. To add insult to injury, the mental anguish that results from seeing people you care about struggling to make ends meet as a result of the system is another factor.

Therefore, I am one of the many Liberians who inhabits the realm of the mind. This is Mama Liberia, and she has been ill for quite some time. Because our mother is ill, we, the children of Liberia, have a responsibility to take action. “When it comes to the question of this rally, December 17 is not the day; please listen; this message and action go beyond the December 17 rally,” Dr. McIntosh urged.

He continued by stating that he had heard people on the radio say that Dr. McIntosh is not in pain, so why is he attending the rally? caused him to question whether or not the individuals in question were even human.

Dr. McIntosh made the observation that if a person is not suffering and has a bag of rice in their home as well as a thousand dollars in their pocket, but there are people around them who are unable to afford even a cup of rice, then that should worry the person; however, the person in question is inhuman.

He made the observation that Liberia is the only nation in which, at the present time, people are still out in the street selling newspapers at six in the evening. According to him, this is because there was once a time in Liberia when, around eleven in the morning, you could not find newspapers on the street corners.

The action is taking place all around me, so why shouldn’t I watch it from the comfort of my car? I am left feeling utterly harmed and guilty. As a result, I find myself questioning that, and that, in and of itself, is a source of my suffering. “Mental trauma has become an integral part of my suffering, just as it has for a significant number of other Liberians who do not express it.” Dr. McIntosh provided an explanation.

He stated that the difficulties and suffering that Liberians are forced to go through as a result of this government are inexcusable, intolerable, and difficult to explain. According to what he said, the majority of Liberians have lost faith in the government and hope for a brighter future.

In further discussion regarding the rally that took place on December 17, he stated that it was essential to send a clear message to the government as well as the international community. They want them to understand that the time has come for any government, whether it be today or tomorrow, to take action regarding the plight of the people.

Also, he mentioned that they are sending a powerful message to the government that corrective measures are required for us to make a difference in the country. He went on to say that there are so many challenges, and not only in Liberia, but that we have to fight to change our system because if we keep doing things the way we are, then he will be sorry for our generation and the generation that will come after us.