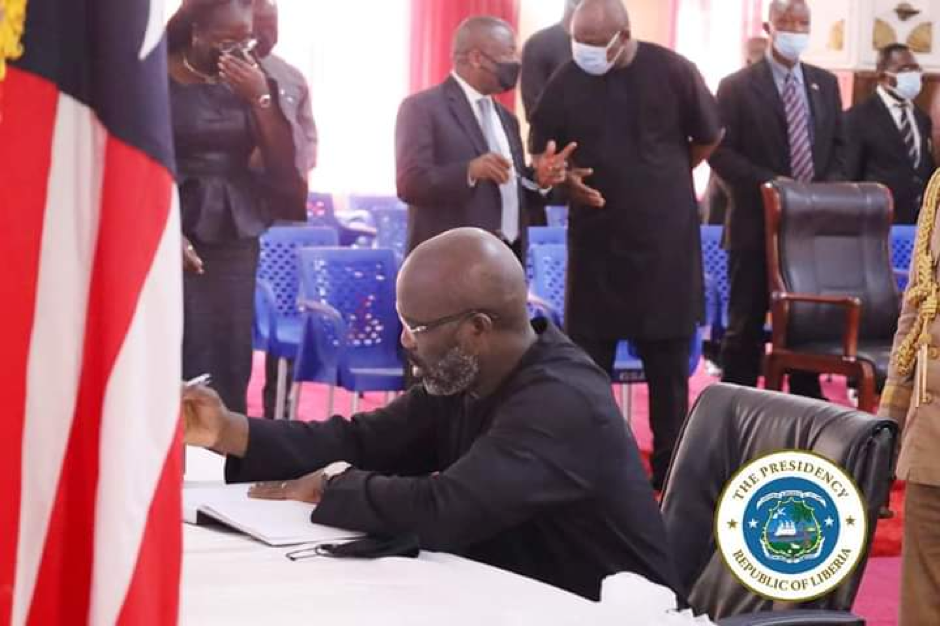 President Weah Says as He Signs Book of Condolence

Dr. Sawyer was Interim President of the Interim Government of National Unity, the first power-sharing government organized to end the Liberian civil war.

Before performing the rather mournful act at the Centennial Memorial Pavilion on Ashmun Street, President Weah comforted members of the bereaved family, including Mrs. Comfort Sawyer, wife of the deceased.

In a brief chat with reporters, following the signing, President Weah described the late Dr. Sawyer as a man of peace who devoted his life to the good of the nation.

“He was a man of peace, father of the nation. We will miss him so dearly. It’s our prayers that his soul will find rest,” the Liberian Leader said.

The President said he and Dr. Sawyer had a personal relationship, stressing “he was not a friend but my father.”

“We are his children, all of us who are peaceful children of Liberia,” President Weah stressed.

Along with the Liberian Leader at the signing of the Book of Condolence were a horde of members of the Cabinet led by Foreign Minister, D. Maxwell-Saah Kemayah, Dean of the Cabinet.