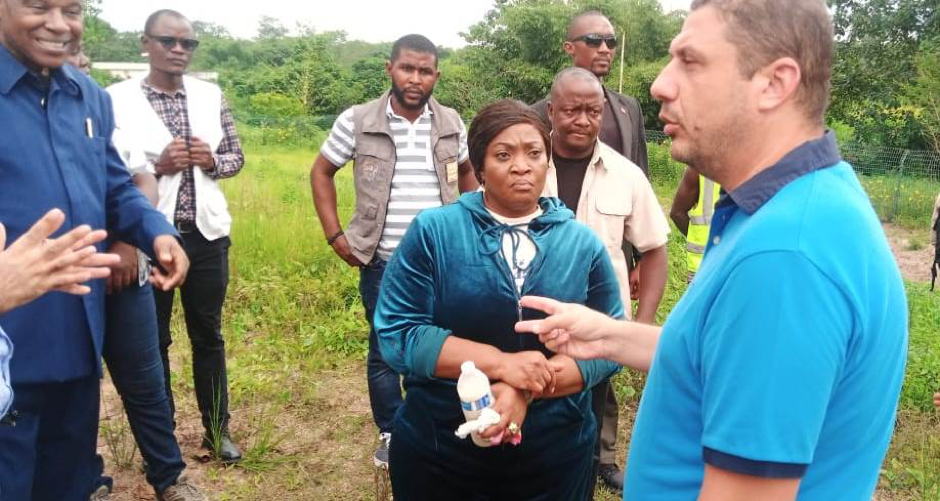 According to a press release from the Vice President’s office, “Oum el Nour Liberia Inc.,” which means “Mother of Light” in English, is a program that tries to stop people from abusing drugs, help them get clean, and keep them from using drugs again.

The tour of the facilities is a follow-up to the commitment made by the Bishop of the Maronite Catholic Eparchy and Founder of a Non-Governmental Organization, “Oum el Nour” Liberia Inc., Bishop Guy Paul Noujaim, when he paid a courtesy visit with the Vice President last year at her capitol building office.

On the Buchanan Highway, where the rehab project is based, the Vice President was highly impressed by the level of transformation gear towards kick-starting the program.

The organization has fixed up more than eight damaged housing units in the former German Camp so that recovering addicts who use the program can live there and get better care.

The local staff of the organization, led by Mr. Ahmed Wazni, the President of the World Lebanese Culture Union in Liberia, accompanied the Vice President on the tour of the facilities both in Monrovia and on the Buchanan Highway.

The Vice President of Liberia praised the organization for starting this kind of program in his country. “Drug addiction is a widespread national problem that needs a stronger program like this,” he said.

The Vice President said that she was absolutely committed to working with the charity organization to help solve the problem of drug addiction in Liberia. She also said that she thought expanding such a program to other parts of the country would be a great idea and that she would work with stakeholders and government officials to make this project a priority.

The President of the World Lebanese Culture Union in Liberia gave an overview of the program while he was on tour. He said that the program is being carried out in three stages: prevention, rehabilitation, and integration.

It can be recalled last year, Mr. Wazni expressed his gratitude to the Government for the cooperation given to the program so far, referencing the provision of a 30-acre of land for the erection of the project edifice in Liberia.

He furthered that Oum el Nour, established through direct sponsorship of the Lebanese community in Liberia, remains committed to rehabilitating substance abusers, lamenting that drug abuse is pervasive in the country’s youth population.