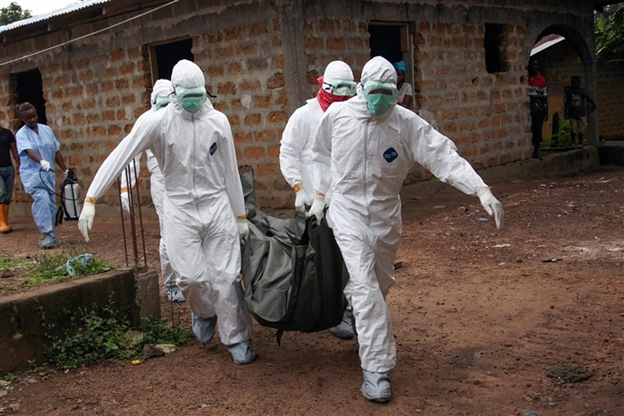 Amid report of one suspected case:

MONROVIA – Barely a week following Guinea’s announcement that the country had recorded a resurgence of the deadly Ebola Virus Disease (EVD), health authorities in Liberia have disclosed that there no confirmed case of the EVD here, just three days after neighboring Sierra Leone also announced its first suspected case of the fast-killing virus.

Last Saturday, Guinea declared a resurgence of Ebola when tests came back positive for the virus after three people died and four fell ill in the southeast of the country.

It can be recalled that from 2014 to 2016, Guinea, Liberia and Sierra Leone were the hardest hit, when Ebola struck; with the three countries recording a total of 28,616 EVD cases and a combined deaths of 11,310.

Researchers disclosed at the time that a two-year-old boy, identified as Emile Ouamouno, who died in December 2013 in the village of Meliandou, Guéckédou Prefecture, Guinea, was the index case of EVD epidemic. His mother, sister, and grandmother then became ill with similar symptoms and also died. People infected by those initial cases spread the disease to other villages.

In Liberia, the first cases of virus were reported by late March 2014, followed by dozens others that resulted to the deaths of thousands in a country that had 50 doctors for a population of a little over 4 million people, and a health system extremely wrecked by years of an internecine civil war that lasted for over a decade.

Howbeit, Liberia’s Minister of Health Dr. Wilhelmina Jallah clarified Thursday that amid report of a suspected case of EVD, Liberia is yet to record any confirmed case of the virus.

She divulged the Ministry of Health (MoH) is however, monitoring a 26-year-old female who has come down with high fever and malaria after arriving into Liberia from Guinea on 12 February.

Women Voices Newspaper (WVN) has gathered that the 26-year-old traveled from Guinea with high fever and was being treated for approximately three days at a local clinic in Paynesville, outside Monrovia.

According to medical sources, she was later transferred to another health facility also located at Paynesville, with our sources disclosing that the second health facility at which the lady was treated is now being placed under isolation and is being kept under high-level surveillance by authorities.

Dr. Jallah confirmed that a local clinic where the 26-year-old suspected Ebola patient had gone for treatment raised the alarm because of her travel history from Nzerekore, Guinea, from where the EVD recently resurged.

Health Minister Dr. Jallah added that the 26-year-old has undergone both corona and Ebola tests and results were expected later Thursday, but were not made public up to press time.

She further disclosed that the suspected Ebola patient is showing symptoms of Coronavirus, adding that Ebola test was necessary due to her recent travel history.

As a way of allaying fears and countering heightened speculation of the alleged resurgence of Ebola in Liberia, the Liberia minister of health assured the public that up-to-date information would be released every step along the way so as to avoid the spread of misinformation.

She then called on members of the public not to panic but remain on high alert and continue to take the relevant preventive health measures.

“Young People Are Capable of Conquering the World”