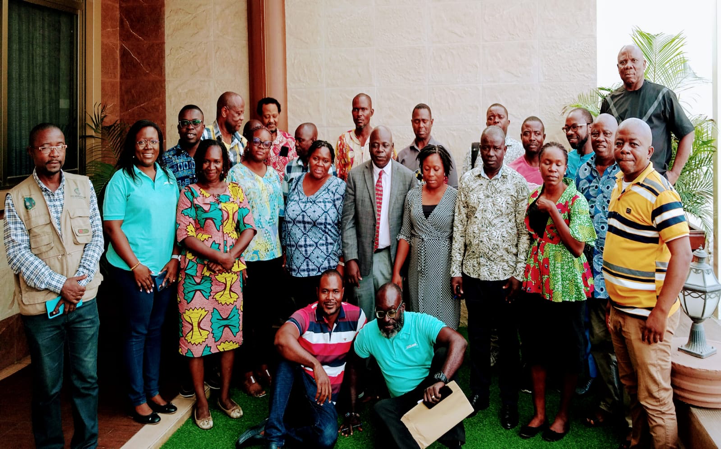 The Environmental Protection Agency (EPA) of Liberia and Proforest have produced a seven-minute animation that explains the importance of free, prior, and informed consent (FPIC) for local communities in any land claims and development.

The animation, which is intended for communities, was screened and validated on Wednesday, December 14, 2022, at a gathering in Monrovia attended by civil society, line ministries, government agencies, the Liberian Commission on Human Rights, and the Liberian media.

The animated video explains what FPIC is and when it is applied (including land acquisitions and expansion, new operations, land conflict, and grievance remediation).

Through a storyline involving various characters, the animation addresses the benefits and consequences of FPIC for the local community, the developer, and the government, as well as the steps in the process.

Moreover, it explains a community’s rights, what they should expect from companies, and crucially, the right and ability to say no at any point.

Speaking at the screening of the FPIC animated video, Z. Elijah Whapoe, Focal Point for the Liberia Forest Sector Project (LFSP) at the EPA, said that the Land Rights Act (2018) gives legal and regulatory backing to ensure that FPIC is required for all developers and investors on customary land.

He provided the historicity of the project and lauded Proforest for its intervention, which has among others helped with the development of a FPIC Communication Strategy, a national guideline on achieving free, prior, and informed consent in Liberia.

Mr. Whapoe disclosed that the Liberian government has committed to the process, and companies are aware and want to comply.

According to him, the animation would play an important role in government-wide engagement to ensure FPIC is understood by all local communities.

Helena Tetteh, Proforest, also spoke, saying that as right holders, communities should be involved in all decision making.

“It is also important that all community members have the right to FPIC, including women, young people, the elderly, ethnic minorities, people with disabilities, and other groups,” she said.

Madam Tetteh disclosed that animation as a communications tool can reach far and wide.

She disclosed that the animation will be launched shortly and subsequently distributed by the Liberian government.

Additional screenings and capacity-building workshops for companies and government agencies will continue the engagement to show how they can effectively apply FPIC during the screening, approval, and monitoring of land-based investments, including agricultural and forestry, she added.

Free, Prior, and Informed Consent is a principle protected by international human rights standards that state that “all peoples have the right to self-determination” and “the right to freely pursue their economic, social, and cultural development.”

The animation was produced by Parables Studio in Ghana under Proforest’s Production Landscapes Program, where it works beyond individual company supply chains to address systemic environmental and social issues.

Proforest’s work in Liberia is funded by the UK Government under its Forest Governance, Markets, and Climate Programme (FGMC). Proforest is supporting sustainable supply chains by aligning company commitments on deforestation and other sustainability issues with government policy and civil society initiatives.

The FPIC was developed by the Environmental Protection Agency (EPA under the Liberia Forest Sector Project (LFSP with funding from the Government of Norway.