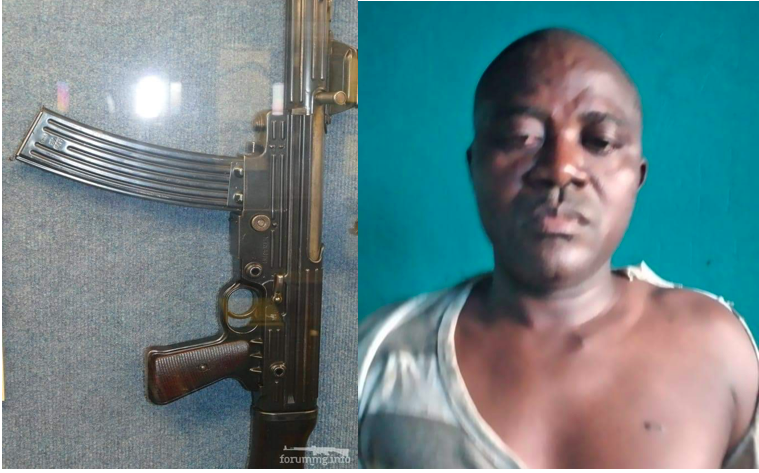 According to reports, a member of the Emergency Response Unit (ERU) of the Liberian National Police (LNP) shot and killed one individual in a fashion that witnesses described as reckless and careless.

Witnesses claim that officer James Togba routinely visited them in the New Kru Town ghetto on Busrhod Island, where he frequently participated in taking in drug with addicts and constantly requested money.

The officer reportedly went to the ghetto on the evening of July 4, 2022, and demanded $5, 000LD in required birthday gifts from underprivileged people who use drugs and live by thieving, robbing, and harassing innocent residents. If the money was not provided to him as requested, Officer Togba threatened to kill someone, according to an eyewitness, in the process his rifle slid off his shoulder and fired as he sought to save it from falling as he tried to draw down the tarpaulin from where the victims of his shot were sitting together with others.

Two civilians have already been killed in suspicious circumstances by state security personnel in less than 24 hours. A member of the Executive Protective Service (EPS), Patrick Kollie, is accused of firing another citizen, Vanitine Johnson on Monday, July 4, 2022, early in the morning.

Patrick Kollie has been detained by the Liberia National Police in connection with the shooting that happened last night in the Police Academy Community.

One individual was killed in the shooting, and their body has been sent to the John F. Kennedy hospital.

The Liberia National Police is currently looking into the circumstances surrounding the shooting event while the alleged suspect is still in police custody. After that, the general public will be properly informed, a police report said.

Based officer James Togba’s action in the Point Four Community, some observers believe some members of the Liberian National Police (LNP) collaborate on to help and abet the distribution of drugs and small-time crimes in local areas

However, according to the Liberia National Police, James Togba has been disrobed and turned over in relation to the alleged gunshot in the Fuel Oil Community.

According to the LNP, at around 7 p.m. on July 4, the administration learned that one of its officers, James Togba, was allegedly involved in a gunshot that claimed the life of Olando Bloh, a 37-year-old resident of New Kru Town.

According to a police press statement, the man was brought to the John F. Kennedy Medical Center, where the attending physician later declared him dead.

According to the press statement, the officer is currently being held at the Liberia National Police’s headquarters and is the subject of an inquiry.

According to the statement, the LNP administration has already contacted the family of the deceased victim to express its condolences and reassure them that justice will be done.

According to the press release, “IG Sudue expressed dismay at the reports of the incident and committed to make sure that the officer involved is thoroughly probed and brought to justice.”

“Always do good for strangers”