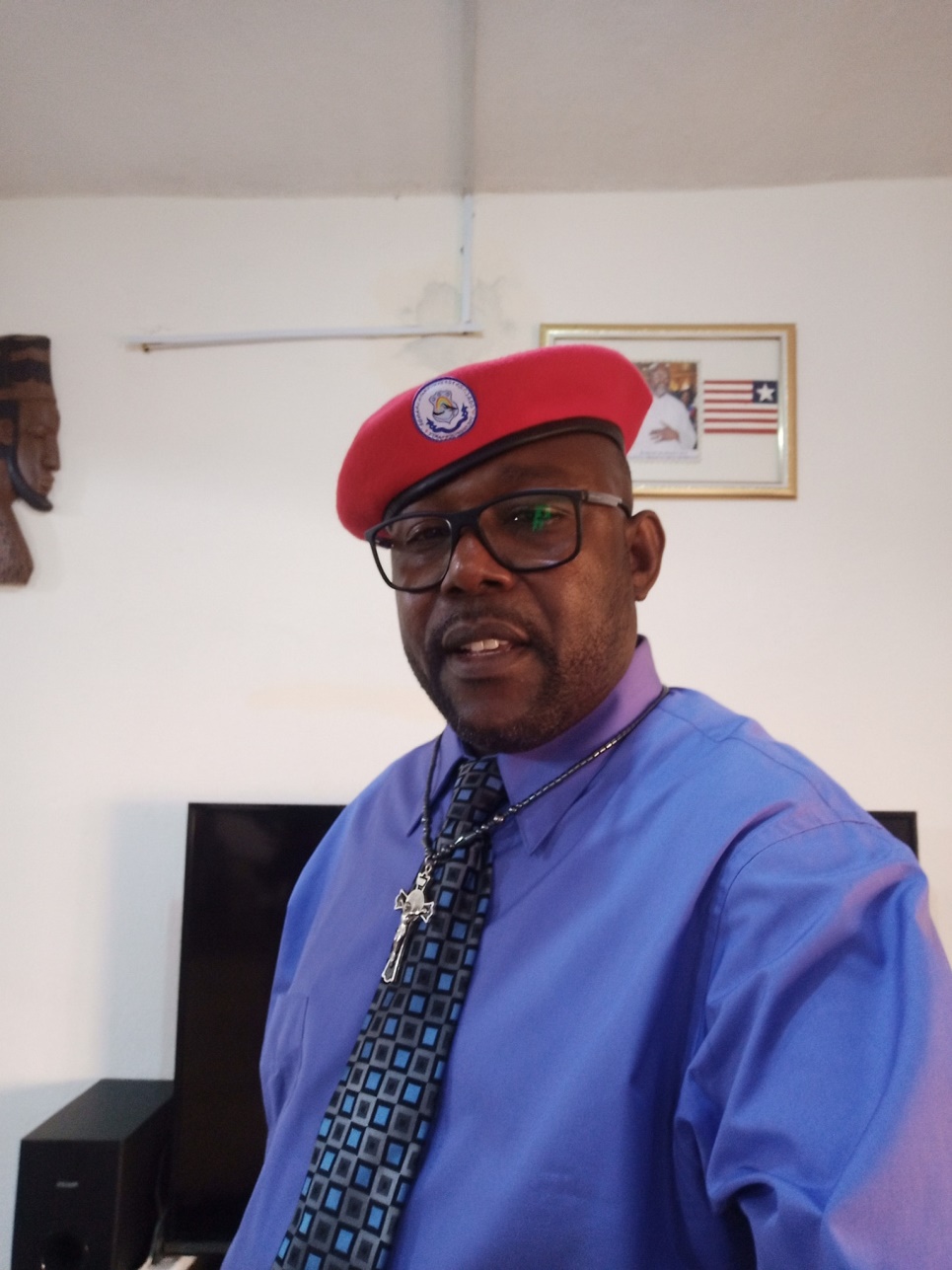 MONROVIA – Liberia’s Deputy Minister of Information for Public Affairs, Eugene Fahngon has thrown jibes at the governing Coalition for Democratic (CDC), amid the party’s very poor showing in the just-ended midterm senatorial elections across the country.

Out of a total of 15 counties, where the CDC fielded all 15 male candidates, with the National Elections Commission (NEC) already declaring winners in 12 counties, the ruling party has won just three seats, while the opposition bloc has won a larger chunk of the Senate seats.

Fahngon, a staunch member of the ruling CDC and a government propagandist, who has always defended the George Weah administration, no matter the case, in a surprise move to many Liberians at home and abroad, took to Facebook recently to mudsling the CDC, for the losses the party sustained at the polls in recent times.

He cautioned the ruling party to take sober reflections as to what he calls the optical reality regarding the massive and brutal flogging the CDC received politically at the polls, especial during the just-ended Special Senatorial Elections.

Fahngon intoned that although the first partisan of the CDC, President Weah is popular with Liberians, the people of Liberia are showing hate for the government led by the former soccer, cautioning leaders of the party to reflect soberly on why this is happening.

“Have you ever sat back and thought about this for a second; that he will build more market places, in under three years to put our women, our mothers, our aunts and sisters in the market places, and yet, most of them will not even bother to go out to vote”” Fahngon asked rhetorically.

He continued: “Have you ever thought about government employees staying home for about seven month, not going to work [and] just getting their full salaries – and yet, they will vote against his choices?”

The deputy minister of information, who maintained that Liberians love President Weah so much but “hate his government to the bone,” promised that last Saturday, he would have said more on why the ruling CDC continues to lose at the polls, but up to press time, Women Voices Newspaper had not been able to confirm whether he fulfilled his promise.

“You will hear from me on Saturday evening. I will give you undisputed facts versus the fiction,” said Fahngon at the time, indicating that “it will not be pretty, but I don’t care. I repeat, it will not be for listening pleasure, but I really don’t care. Because, fact number one, is that the people love the President but they hate his government to the bone – why? Why in the midst of maximum progress in minimum time – I repeat, in the midst of maximum progress in a minimum time, there is so much agony, anguish, hatred, disenchantment, resolve – to the point where people say I rather be where I [were ] than where I am now.”

He recalled that CDC was defeated in previous elections before the 2020 senatorial elections, adding that at those points, it was time for the party to have reflected soberly to have taken corrective measures as to why what he called the optical reality took place.

He taunted the CDC that the party was flogged in Grand Cape Mount County at the polls in a senatorial by-election that preceded the special senatorial elections, and that the governing party’s excuse was that it did notfield a candidate

He used the CDC’s senatorial by-election loss in Bong County as a case study, pointing out that the member party of the Coalition of Democratic Change, the National Patriotic Party (NPP) of Vice President Jewel Howard-Taylor, has Bong as its stronghold, so why did the CDC sustained defeat in the area, inferring that at that point, part executives need to take a sober reflection on why such loss was incurred by the party

“When we were flogged in Montserrado, which we consider our stronghold, did we ask why in the midst of all the goodies? Sober reflections and optical reality – but that’s not why I am here, because you will be hearing from me on Saturday. It will be facts versus fiction,” he added.

Fahngon, who disclosed that for two weeks now, he has been very ill with a “strange” illness that is even strange to medical doctors, said during the period of his ailment, many members of the opposition bloc mocked him and misconstrued his silence due to his illness, for consent to the massive flogging the CDC sustained at the polls during the just-ended senatorial elections.

“Many members of the opposition mocked me – but I was very ill. I don’t run from talking. I was very, very, ill. I nearly died,” said Fahngon, who noted that “for me, I say silence is not a concern, because everybody who mocked me, said that he’s quiet he can’t talk – where is he? They mocked me, and they felt that I was concerned about what had happened; that we were flogged massively. But I was not concern – and I am not concern with the massive and brutal flogging politically, I’m not. You are only concerned about something you don’t know about.”

“You should have been concerned from the first flogging in district 13, the second flogging in Bong, the third flogging in Cape Mount, the fourth flogging in Montserrado. We were concerned, and you know. I spoke about my concerns, and some people said they wanted to flog me under the sycamore tree, am I lying?”

Fahngon, who in time past would take a jibe at just any member of the opposition bloc or government critics, even in very condescending manners, then summersaulted in no small way, when he asserted that should the present state of affairs of the country remain unattended to and turn for the better, President Weah risks losing the 2023 presidential election.