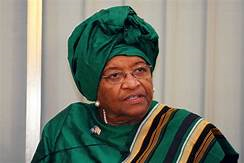 Former Liberian President, Ellen Johnson Sirleaf, has underscored the need for women of Liberia and the world at-large to take their rightful places in leadership at all levels of society as they celebrate International Women’s Day (IWD) around the globally.

The International Women’s Day is marked annually on March 8 as a global day celebrating the social, economic, cultural and political achievements of women around the world making calls to action for accelerating gender parity.

In her official Tweet, ex-president Sirleaf indicated that for a truly equitable future, more women must take their rightful places in leadership at all levels, adding that “the COVID-19 pandemic has proven further that women are effective leaders, let us continue to rise.”

According to Madan Sirleaf, women leaders around the world have stepped up to the challenge of leading their communities and countries over the last few years, noting that as “the  IWD-2021 has been celebrated, let us reflect on all that women have achieved and discuss how to catalyze further change.”

Liberian women have played a significant role in the past and there is a need to emulate the good examples of those credible women who embarked on the campaign of female participation in leadership, Sirleaf observed.

She stressed that many women around the world, including Liberian women. have contributed in the decision-making process of their various communities and countries for the betterment of the world.

NEC wants US 1.9m for by-election in Lofa