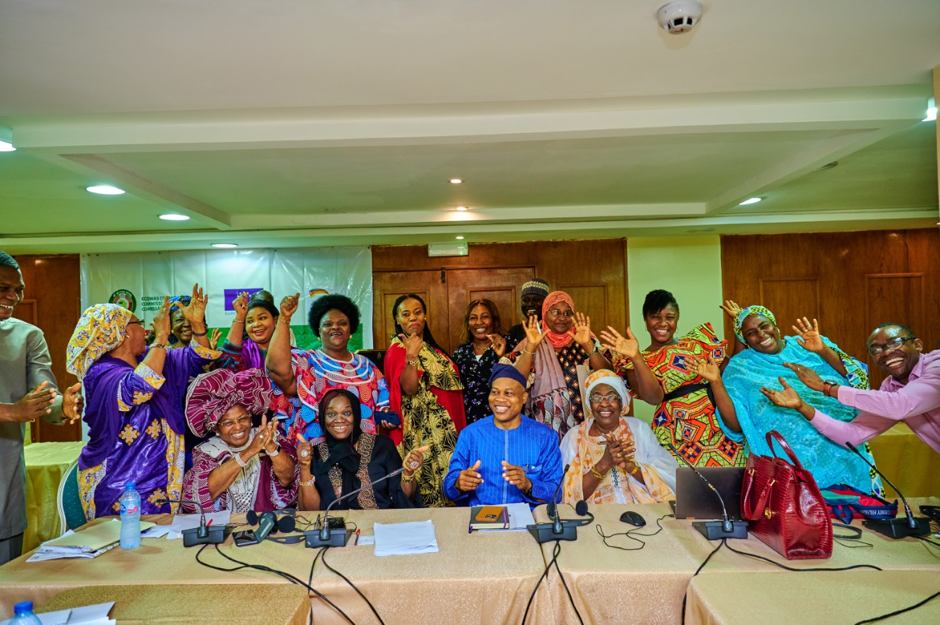 Members of the Network of Women in Conflict Prevention and Mediation in West Africa (FemWise-West Africa) Steering Committee along with Mediation Experts, Civil Society Organizations (CSOs), and the United Nations (UN), as well as the African Union (AU) and academia, met in a three-day Stakeholders Consultation and Validation workshop as part of the FemWise West Africa Regional to discuss the critical role of women in peace and security.

The workshop, which was facilitated by the ECOWAS Commission with support from the GIZ-ECOWAS Peace and Security Architecture and Operations Project, was held in Nigeria from 20th–22nd April 2022, under the auspices of the United Nations Security Council (UNSC) resolution 1325 of October 31st, 2000 and other related resolutions of the UNSC and similar ECOWAS texts and frameworks.

The workshop took cognizance of the African Union establishment of The Network of African Women in Conflict Prevention and Mediation, through the decision of the 663rd AU Assembly of Heads of State and Government on July 4th, 2017, as a subsidiary mechanism of the AU Panel of the Wise.

It can be recalled that FemWise-West Africa was first launched under the theme: “Promoting the Role of Women in Conflict Prevention and Mediation in West Africa” on November 5th and 6th, 2019 in Abidjan, Cote d’Ivoire, during which a seven-member Steering Committee was elected to steer the affairs of the network and institutionalize it in order to ensure its effective operation, thereby serving as a subsidiary mechanism of the ECOWAS Council of the Wise and to adhere to the ECOWAS legal and normative instruments relating to women, peace and security, mediator and peacebuilding.

In order to adhere to the legal instruments of ECOWAS for which it was established, the committee adopted a six-count declaration meant to serve as an agenda to create space and an enabling environment to advance women’s voices. Intervention, mediation, conflict prevention, and peacebuilding at all levels throughout the Member States;

The first agenda commits FemWise-West Africa to mobilizing and harnessing existing initiatives or women’s peace and security agenda to create space and an enabling environment to advance women’s voice and interventions in mediation, conflict prevention, and peacebuilding at all levels across member states;

The second seeks increased representation of women in all levels of mediation, particularly at the decision-making level during conflict prevention, management, and resolution processes, will deepen inclusive mediation processes and contribute to social cohesion and long-term peace.

The third agenda will see FemWise-Wee Africa playing an important and complementary role in assisting the ECOWAS Council in facilitating conflict prevention, mediation, and peacebuilding at all levels in member states.

The fourth agenda item talks about further engendering the institutionalization and operationalization of Fem-wise West Africa. The women took up time and thoroughly reviewed and subsequently validated the Statute, the Standard Operating Procedures (SOP), and the Monitoring and Evaluation (M & E) plan as amended.

The firth agenda focuses on the draft knowledge management strategy, which they intend to be merged with the draft communication and visibility strategy and be further amended by the consultant with a view to enhancing and aligning them to complement the validated statute and SOP of FemWise West Africa.

The sixth and final agenda is that the ECOWAS Commission, in collaboration with other development partners, should mobilize additional technical and financial resources to accompany and support the further institutionalization and effective operationalization of FemWise West Africa.

In appreciation of the institutionalization of FemWise-West Africa, the Co-chair person, Cllr. Yvette Chesson-Gibson, expressed appreciation to the ECOWAS Commission and the EPSAO Project, co-funded by the European Union and the German Ministry for Economic Cooperation and Development (BMZ) and implemented by Deutsche Gesellschaft für Internationale Zusammenarbeit (GIZ), for providing support for the successful organization of the Workshop.