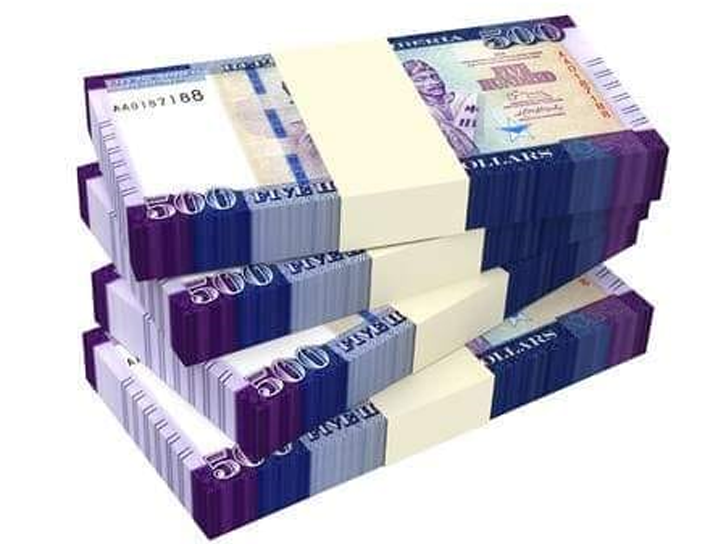 MONROVIA – A former deputy Minister of Information in the Ellen Johnson-Sirleaf regime has differed with the Central Bank of Liberia (CBL) over the bank’s recent request for the printing of what the CBL calls a new family of huge Liberian dollar banknotes.

The CBL Governor is seeking to replace the existing Liberian banknotes in three (3) years, from 2021-2023.

Governor Tarlue’s request to print a new family of banknotes comes at the heels of acute shortage of local currency in commerce banks.

In his communication, Governor Tarlue told the Liberian Senate that for consideration and approval in compliance with section 23 of the Act creating the CBLand based on Bank’s forecast, the total projected amount of new banknotes to be printed is LD$48.733 Billion.

He asserts that the Central Bank of Liberia seems to be wallowing and dangling in confusion as the Bank babbles with how much to print, adding, “Two weeks ago, the CBL requested to print L$27 billion to address the liquidity nightmare suffocating the banks, and that the news of printing L$27billon was greeted with profound public rejection for the most part, with Liberians in their generality expressing fear that the L$27 billion could experience the same scoundrel fate as the L$16 billion, $US25M, and the recent L$4 billion that vanished away in thin air, something which he referred to as “Economic debauchery.”

“With such an unfavorable reaction oozing from the public and yet to get legislative approval, the CBL has stunningly made a new request to print a staggering amount of L$48b new family [of] Liberian banknotes. Quite interesting!” Kpadeh wrote on his official Facebook page recently, indicating that “With these flip-flopping requests to print plenty of money, several questions come to mind.”

Kpadeh indicates that the first question that lingers the minds of Liberians is, what informs the CBL decision to print the quantum of L$27 billion or $48billion?

He wants the CBL to explain the economics and econometric informing what he describes as the Bank’s astounding decision to print such a quantum of money.

Secondly, Kpadeh wrote: “Is printing billions of Liberian dollars the surest solution to fixing Liberia’s economic problems? Does printing $48 billion settles the dire monetary discrepancies and debacle the country is frustratingly experiencing or will it fix the damning liquidity irregularity grinding the banks?”

“Thirdly, given the painful and vexing experiences culminating from the much talked about L$16 billion conundrum, the US$25 Million Mop-up fairytales, and the mystery of the recent L$4 billion, why should the Legislature lend its approbation or approve the CBL request to print L$27 billion or L$48 billion?”

Kpadeh recalls that the Kroll report recommended a thorough investigation into how the much-heralded L$16 billion was infused in the economy with hovering concerns of theft, graft, and what he terms as billows of shady discrepancies.

“It further recommends a probe into the entire US$25 million Mop-up exercise which was riddled with thievery and other forms of transactional excesses, according to the Alexander Cuffy report,” Kpadeh further recalls, indicating, “The Legislature must first ensure Kroll’s recommendation of a further probe before granting permission to the CBL to print such a huge volume of money as requested.”

He asserted that from available evidence and experiences, the George Weah-led regime has “ZERO integrity and cannot be trusted with handling money. It is notoriously disreputable, scandalous, and corrupt to the core.”

He continued: “The Liberian people want to know and must know what happened to previous transactions through which the country was heavily defrauded before printing additional money. May I state for the record, economic governance begins with fiscal discipline, how we spend money, the quality of economic decisions we make, and most of all, the degree of transparency, accountability, and probity we emphasize or attach to our fiscal and monetary dealings.”

Kpadeh noted that “It is not about printing billions of Liberian dollars without a proper monetary framework in place to govern monetization. It begins with transparency and accountability which is why we demand the Legislature to order the full implementation of Kroll’s recommendation.”

Why Should We Expect the Government to Hear What Women Have...