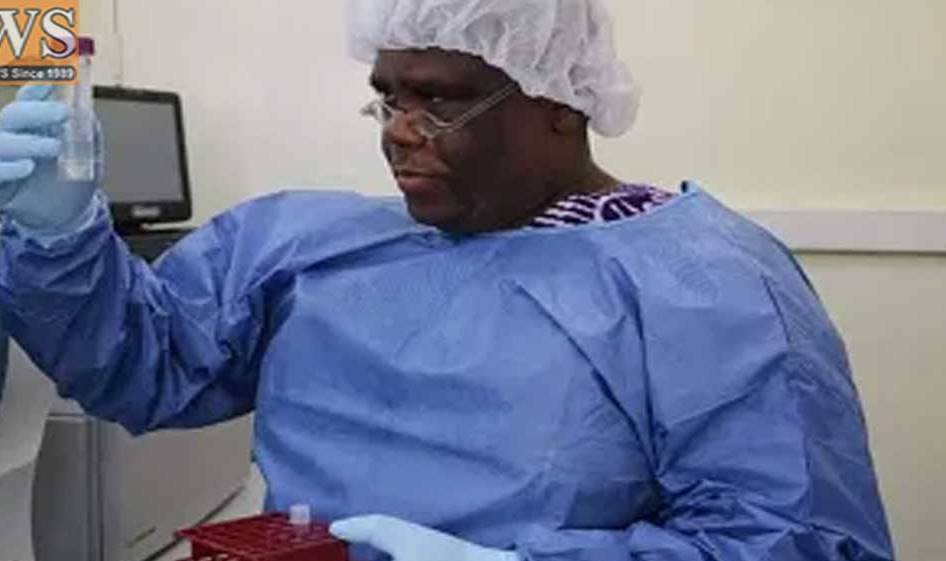 MONROVIA – As the African continent is being praised in its efforts towards the fight against the global pandemic, the Coronavirus Disease or COVID-19, the former Director General of the National Public Health Institute of Liberia (NPHIL) has been highlighted as one of the key figures in stopping the spread of the pandemic.

According to a latest article released by the Time Magazine, Dr. Mosoka Fallah and other doctors and public health officials in countries that already had experience with outbreaks of other infectious disease sprang into action for early prevention.

The Time Magazine’s article pointed out how Dr. Fallah and a team of Liberian public health officials set up a training program after the WHO announcement at the end of January to help doctors and nurses at regional hospitals recognize the symptoms of COVID-19.

It recalled that the former NPHIL boss and other doctors and public health officials brought in testing kits and re-instated the hand washing stands that had been ubiquitous during the Ebola outbreak.

The article also points out that the Liberian health expert (Fallah) and his Liberian team ramped up their contact-tracing protocols and established screening points at airports, even before the first case had been identified in the country.

It indicated that the experience meant that when it came to social distancing, many African citizens were already accustomed to the elbow bump, frequent hand washing and the need for mask wearing.

“We had to learn the hard way,” Liberian public health expert Dr. Mosoka Fallah told TIME in March, referring to Guinea, Sierra Leone and Liberia, the three West African countries that bore the brunt of the 2013-16 Ebola epidemic.

“Ebola knocked us over, but now we know not to underestimate anything; we know how important it is to prepare,” he continued.

Furthermore, Dr. Tom Frieden, who was the Director of the US Center for Disease Control (US CDC) and worked closely with Dr. Fallah, during the 2014/2015 Ebola outbreak in West Africa, stated in the recent Wall Street Journal that Liberia, hard hit by the Ebola epidemic in 2014, was one of the first countries to start screening for Covid-19 at airports and to adopt other control measures, such as rapid testing, complete contact tracing and quarantine.

It could be recalled that prior to the covid-19 outbreak in Liberia, Dr. Fallah during an appearance before the House of Representatives along with other health officials, told members of that august body that Liberia was far ahead in its prevention mechanism, by setting up testing system at the nation’s international airport, the Roberts International Airport (RIA).

The former NPHIL boss then craved the support of national government through budgetary allotments to key health institutions including the Ministry of Health and NPHIL to boost the already in place prevention mechanism.

Accordingly, Liberia, with strong defense against the disease, through the leadership of Dr. Fallah and with support and partnership with the Ministry of Health, did not record a case until in March of 2020.

Many African countries have poor medical infrastructure, but they also have longstanding experience with infectious disease.