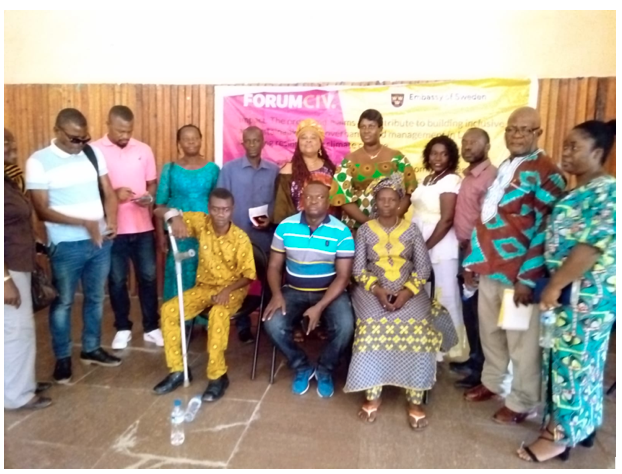 The project, which aims to empower women and youth in 90 communities throughout three countries (Bomi, Bong, and Grand Gedeh), was officially launched on Tuesday, February 15, 2022, at the Gbarnga’s Administrative Building in Bong County.

Land rights are one of the many contentious topics that post-war Liberian society must address head-on in order to keep the peace. Land conflicts are sensitive issues that might lead to conflict, according to several study papers.

ForumCiv is a Swedish civil society group that has spent years conducting research, consultations, and deliberations before offering support to Liberian civil society. Land rights and access to land, according to ForumCiv, are complicated and conflict-prone concerns. According to its data, land is involved in about 90% of civil court cases in Liberia, and nearly two-thirds of violent disputes are caused by rights violations.

Asa David Chon, the country’s director, spoke during the event about the need of transparency as a cradle for progress. Indicating that the organizations’ contribution is meant to help provide support for transparency as a critical democratic component of government, as well as collaboration with CSOs, duty barriers, and other relevant actors to apply a right-based approach to all initiatives.

The Country Director stated that FORUMCIV will work with organizations to ensure that the project’s execution was felt at the community level.

The non-profit organization, whose mission is to help civil society, performed a study in 2017 to find a way to enhance non-Montserrado civil societies that are fragmented, membership-driven, and lack the capacity and direction to realize their goals. In 2019, FORUMCIV launched its inaugural project, providing a direct grant to 35 CSOs as a means of promoting long-term ownership.
Meanwhile, Action AID and Liberia’s Development Education Network will collaborate on the implementation of this new project, which will last 36 months, according to Chun. As part of its land rights for rural communities in southern Liberia, he said the project will also focus on land rights in southeastern Liberia. According to Chun, the project will encourage women’s long-term ownership of customary communal land.