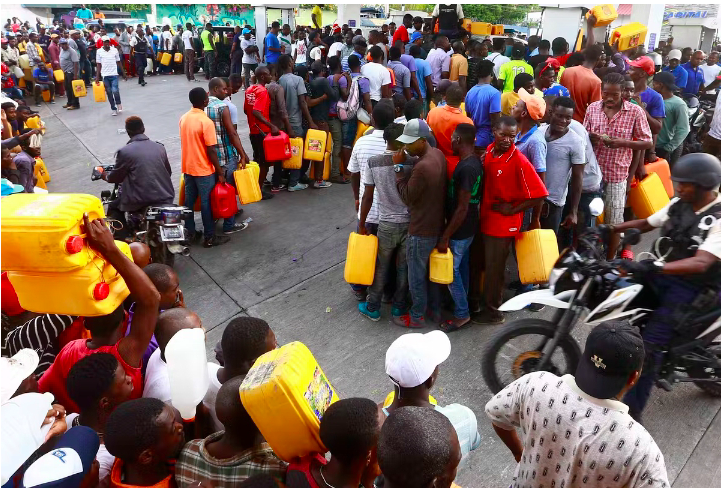 Liberia’s government has announced what has been termed as an unhealthily high hike in the country’s petroleum prices. A gallon of gasoline will now cost LD $875, up from LD $635 a week ago, according to a Ministry of Commerce announcement, while a gallon of diesel will cost LD $930.

The rise in petroleum product prices would eventually have a knock-on effect on all other commodities on the Liberian market. In practice, this entails additional hardship and suffering for the people, particularly market women, according to one observer. According to a 2021 UN Women rapid assessment report, about 85% of Liberian women are food insecure.

“It is unbelievable,” one observer remarked, “that the government did not standardize the transportation charge with this significant increase in the prices of petroleum products.” She said, “Commuters will undoubtedly be at the mercy of commercial drivers. I can see a lot of squabbles between passengers and drivers about transportation fares, especially with school going children”.

The price of gasoline (PMS) has been adjusted by one US dollar and sixteen cents, while the price of fuel oil (AGO) has been adjusted by one US dollar and forty-seven cents, according to the Ministry of Commerce and Industry, which it said was done in consultation with the management of the Liberia Petroleum Refining Company, LPRC. The government’s commitment to making things available and cheap is reflected in these modifications, which are based on the international prevailing market rate and the currency rate, the Commerce said.

Prior to this development, government had early reassured the public that there is more than an adequate supply of petroleum products in the country to serve the local market for the next several months and that there should be no reason for panic buying of gasoline or diesel fuel.

The government then warned against hoarding of the products as it would not tolerate such illegal acts.

“The prices of gasoline and diesel fuel have increased globally as a result of the ongoing military conflict between Russia and Ukraine, which has affected supply chains”, the Ministry of Information said.

The Ministry informed the public that the Government of Liberia, through the Ministry of Commerce and Industry, LPRC, and other relevant agencies, has been engaged with importers for an adjustment in the pump price of diesel fuel and gasoline to account for the current increase in the international market to ensure availability and avoid loss to the importers.

“An arrangement has been agreed with the importers that will ensure continuous lifting of petroleum products for the various filling stations while discussions continue to conclude on a new pricing structure.

Information Ministry said, the public may rest confident that gasoline and fuel will be available at major filling stations throughout the weekend if importers maintain product availability.

The release said in view of the global increase in petroleum product prices, the Ministry of Commerce and the LPRC would continue to work with importers to develop a mutually acceptable price structure for petroleum products.

Government also announced that the Ministry of Commerce inspectorate team will be closely monitoring the approved ceiling prices to avoid any unreasonable hike in the pump prices of gasoline and fuel oil in the local market. The Ministry of Commerce and Industry will also be closely monitoring the effectiveness of the price circular to ensure that importers do not undercut fellow competitors in the market.

Yekeh descends on House members, Following lifting of his suspension