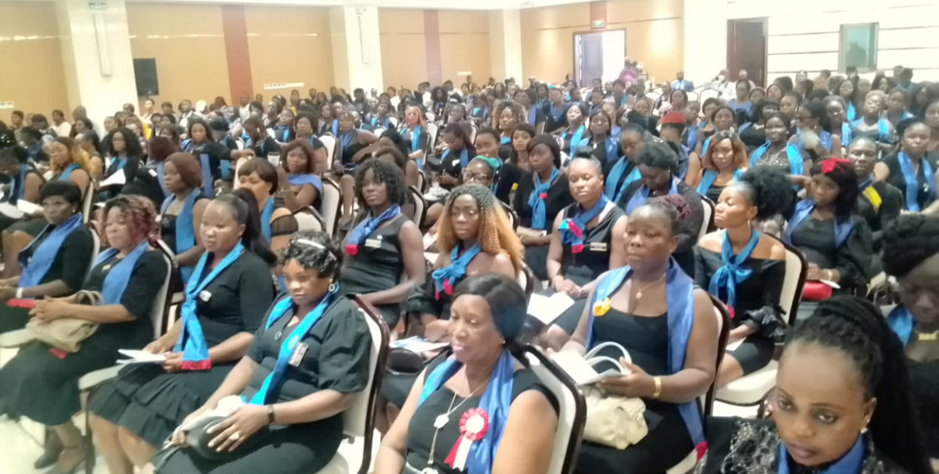 On Friday, May 20, 2022, the Ministry of Education, in conjunction with the World Bank’s improving results in secondary education (IRISE) project, graduated and certified 200 special post-graduate female career guidance and psychosocial counselors who will be placed in various public schools to prevent female students from dropping out.

At the first graduation ceremony of the World Bank’s Improving Results in Secondary Education Project for the Ministry of Education (M.O.E), the Youth Chairman of the Coalition for Democratic Change (CDC) delivered the keynote message on behalf of Madam Clar Marie Weah, the First Lady of Liberia. He stated that Liberia’s school system was once referred to as a shambles, but that they are now more concerned with finding a solution than describing the condition.

According to Mayor Koijee, the government is re-building a new Liberia where all can make decisions and participate in the re-building process by providing jobs and other opportunities for Liberians to change their respective environments, as opposed to importing people as was the case under the previous administration.

“Historically, Liberia’s educational system was described as a mess. We do not wish to hear about the state of the education.” Mayor Koijee remarked that we want to be informed about the solution, and President Weah is acting accordingly. Today, 200 women are graduating to serve as role models for female students in public schools.”

The young mayor, however, cautioned the 200 female counselors to oversee both female and male students in order for their message to be effective, noting that educating one and leaving the other behind gives room for closing the gap.

“Most people refer to you as guidance counselors, but I’m going to start calling you guidance angels from now on “Not because you are attractive, but because you are about to perform the role of a mother who shares confidence. Nonetheless, I would like to reiterate your role, responsibility, and task, as well as the government’s efforts to motivate you to do more “Mayor Koijee explained.

He pleaded with the female counselors to view their positions as a call to duty that would require them to leave their comfort zones and participate in diverse activities to assist in the upbringing of our female children.

He pushed them to set a good example wherever they were assigned because before children can trust them, they must demonstrate that they are different in order for their mentee to confide in them.

However, Mayor Koijee also suggests a unique prize for female counselors at the end of each semester, which will be called the “President award,” as well as a bonus to encourage them to do more to protect the country’s next generation.

The Education Committee Chair of the Liberian Senate from Bong County praised the project as a game-changer, saying that it was the first of its sort in Liberia’s history.

“We will provide maximum support for this program and ensure its continuation. Since I can remember, this is the first time something of this nature has occurred in our educational sector. I believe that as a result of this, our daughters will no longer drop out of school, and their vulnerability to SGBV and adolescent pregnancy will be reduced,” remarked Senator Moyee.

Prof. D. Ansu Sonii, the Minister of Education, showed enthusiasm for the proposal and informed the graduates that he had completed all the necessary paperwork to immediately place them on the payroll in an effort to save our female students.

“Next year, you will be assigned to various public schools and placed on the payroll. Since the academic year has already concluded, you will participate in a two-month internship. The internship will take place in Montserrado, Bomi, Grand Bassa, and Margibi County so that others can view you, and the ultimate decision will be based on this observation. We are testing this to determine if it is effective, and if it is, we will implement it in all schools, including private institutions,” the minister stated.

In the meantime, he disclosed that modern children are significantly different and require physical activity, and that he has informed all principals and CEOs about the deployment of female counselors at their various school campuses, and that they have prepared for them during the internship period preceding their August assignment.

Margibi To Get Over 300,000 In LRA “Real Property Projection