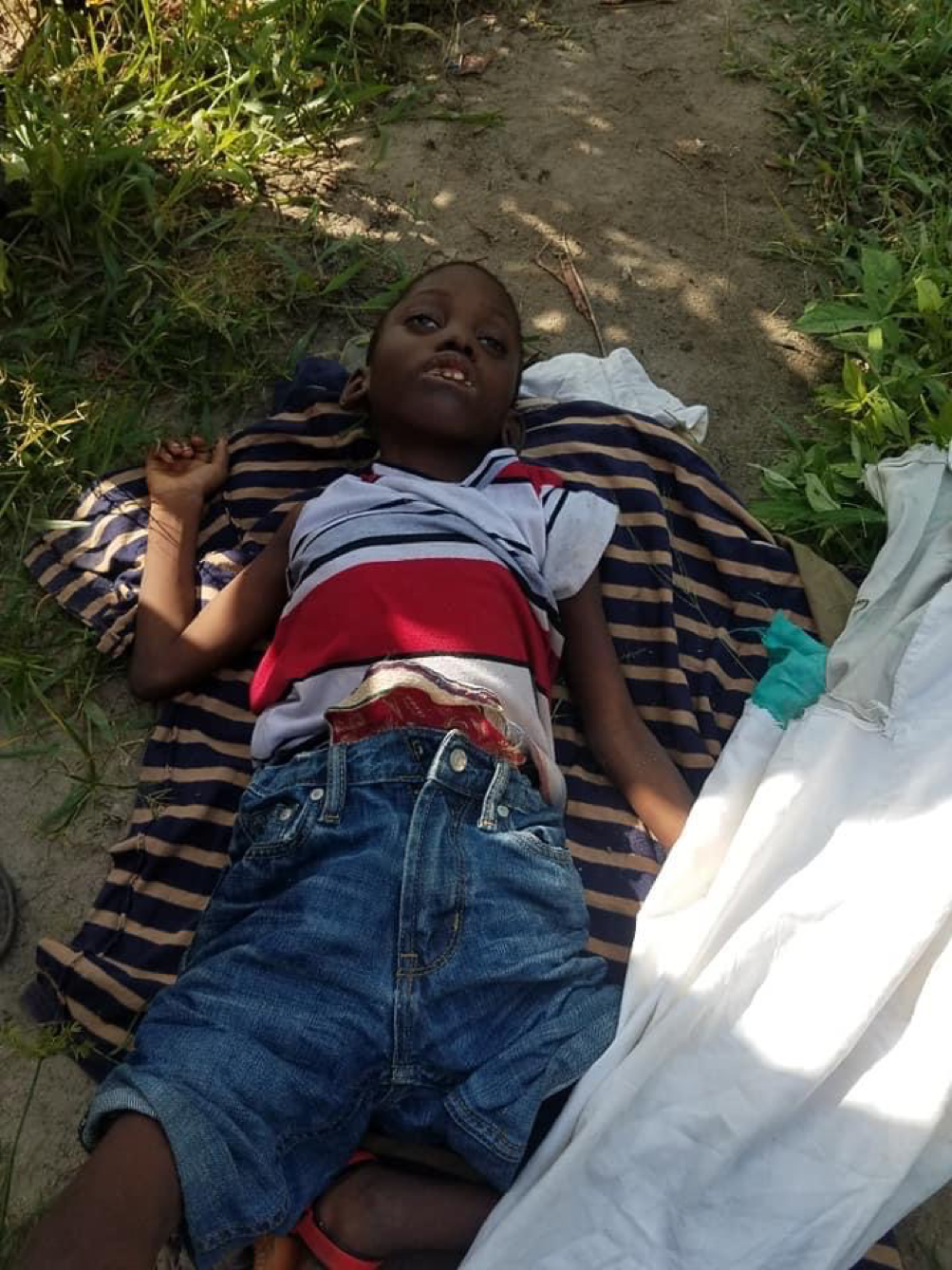 It was a scene of attraction early Saturday, December 17, 2022, when several residents of Nyanford Town Block “C” Community in Gardnersville discovered a 7-year-old boy (whose name is unknown) lying helplessly in the community.

Speaking to our reporter while on the scene, the chairman of the community, Reverend Adolphus B. Grant, said the discovery of the unidentified boy came to play when another child was sent to get water from a mini well that is situated next to the house and he was seen lying unconsciously.

He believes that the child was placed in the unfinished building at night by an unknown person, which led to his discovery early the next day.

Reverend Adolphus B. Grant asserted that he left for work early that morning but was later called during the afternoon hours by residents about the child that was found in an unfinished building.

He also said that the Secretary of the Community, Mr. Patrick K. Gbati, and other community members took the child to one of the clinics in the community right away so that it could be treated. Upon being alerted about the child’s discovery, Rev. Grant further said Mr. Gbati placed a call to Police Spokesman Moses Carter, informing him about the incident, at which time a team from the Women and Children Protection Section (WCPS) of the Liberia National Police came

However, it was established by the community chairman that officers of the LNP that visited the scene only took information concerning the incident and departed the scene.

Rev. Grant also narrated that following the police departure, they placed a call to the LNP spokesman, and he assured them that they would have gone back there to attend to the child’s medication needs, but unfortunately, they didn’t show up.

According to Reverend Grant, based on the actions of the police, the Liberian government is not taking the situation seriously, emphasizing that the child is a human being who deserves to live.

“We are calling on the relevant authorities—the Ministry of Gender, WCPS, and all humanitarian organizations—to come to the aid of this child,” he said.

For his part, the Secretary General of the community, Mr. Gbati, later confirmed that the child was taken from the clinic and that he is being taken care of by an elder in the community, Mother Esther Doe.

He said they are currently challenged when it comes to attending to the financial needs, as they are indebted by LD $3000 for the clinic, and the child is said to be dehydrated.

“If nothing is done, the community will take the child to the police headquarters and lay him there until the government can find a solution to this case.” “If no one from the police ends up specifically WCPS, the only option they have is to take the child to them, which we give them from now until next Tuesday, December 27, 2022,” Mr. Gbati explained.

UP warns of stiff resistance … If