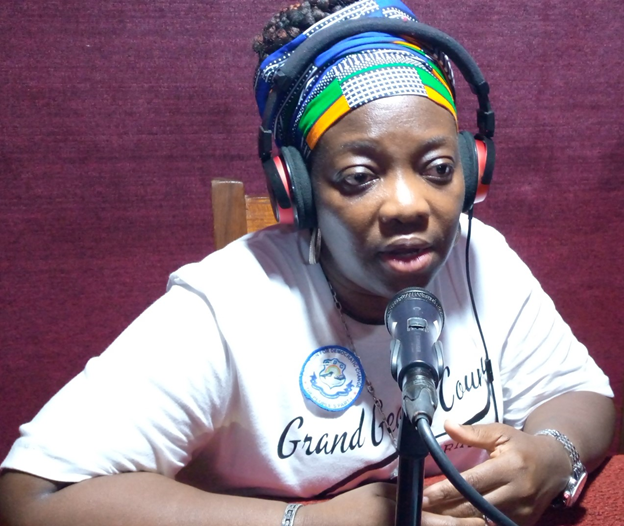 As part of ongoing tour of counties across the country by President George Weah, Liberia’s minister of Gender, Children and Social Protection Minister Williametta E. Saydee-Tarr has told residents of River Gee County to disengage from compromising sexual and gender-based violence cases especially rape. She stressed that sexual offenders deserve punitive measures to serve as deterrent for would be perpetrators.

Appearing on Radio Gee, a local radio station in Fish Town, the capital of River Gee, the Gender Ministry boss stated that rape survivors go through a lot, such as trauma, medical complications and stigmatization. Hence, it is incumbent upon all to report and help prevent all sexual and gender-based violence cases.

Explaining the Domestic Violence Law of 2019, Minister Tarr told the people of River Gee that the law recognizes domestic violence as a serious crime against individual and society which takes on many forms, including physical abuse, sexual abuse, neglect, and exploitation.

Commenting on the Government of Liberia allocation of US$ 2Million for rural women to access micro loan and the US$ 16Million as direct support to agriculture, Minister Tarr thanked the Feminist-In-Chief, Liberian president Weah for his government’s farsightedness in addressing the economic constraints faced by rural women across the country.

The Gender minister believes that with such huge fund from the Government of Liberia towards agriculture, female farmers especially rural women will eventually experience increased in productivities, thereby creating more employment opportunities.

“Leave your comfort zone and engage your superintendent to link you with requisite government’s entities responsible for disbursing said fund,” the Minister cautioned the women of River Gee.