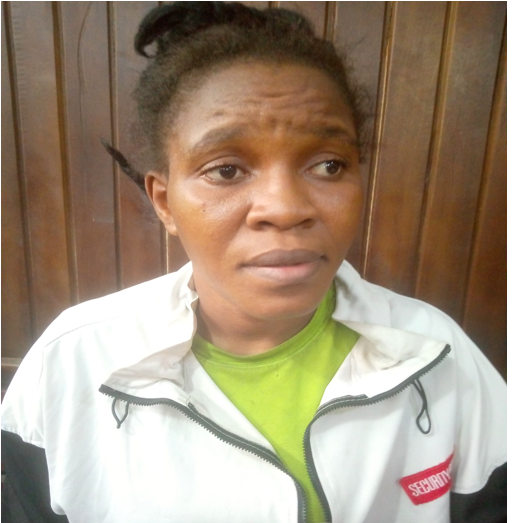 A woman believed to be mentally unstable has continued to languish in jail since she was incarcerated for the alleged kidnapping of a school child.

The sick woman’s father, Mr. William Baryo, says he continues to appeal to the gender ministry and civil society organizations for assistance in obtaining Benita Baryo’s release from the Monrovia Central Prison, as her condition is said to be worsen.

On Friday, June 10, 2022, City Court Judge Jomah Jallah jailed a mentally ill woman named Benita Baryo for kidnapping a school child. When Womenvoices published the story, the Assistant Minister for Gender and Children’s Protection requested the paper to assist with contacting family members, which the paper did. Mr. Baryo said the Gender Ministry has had no contact or intervention since June 10, 2022.

When contacted, the Assistant Minister for Gender and Children Protection, Manmina Carr, said she left the contact information for her office to follow up on the matter since she was not well and seeking medication attention at a local hospital in Monrovia.

Meanwhile, Mr. Eric Pervist, the Gender Ministry’s public relations officer, confirmed that the Ministry is working with the Ministry of Justice to have Miss. Benita Baryo released from the Monrovia central prison.

However, some believe that Eric’s assertion appears to be window-dressing of the situation, considering the fact that no one from the ministry of gender has reached out to the family.

Ms. Baryo was arrested and taken to the Clara Town police station on May 30, 2022, for allegedly kidnapping a girl from an Islamic school on Randall and Gurley Street and transporting her to the Todee District of Montserrado. Prior to her incarceration, the youngster was reunited with her parents.

Kidnapping is illegal under Liberia’s new panel law, Sections 14.50 and 14.53. So, under Liberian law, the city court’s decision to put a kidnapper in jail is legal, as long as the person who did it was of sound mind when they did it.

Her father, Ms. Baryo, 28, is languishing in jail because she had no one accompanying her to the Monrovia municipal court to bill her out. Her father, she said, was not in the country and her mother had died. She’s been in the Monrovia central prison for around twelve (12) days already.

Meanwhile, according to people who commented on the incident during an investigation undertaken by this paper, Ms. Benita Baryo is mentally deranged and acted out of character. She appears to be suffering from schizophrenia and should be committed to a mental health facility rather than be imprisoned.

Mr. William Baryo, Benita Baryo’s father, stated in a recent interview that his daughter is not in the right frame of mind and that he has been unable to bill her out of prison because of his financial incapacity.

As a result, Mr. Baryo is appealing to the government, the gender ministry, the CSO, and all responsible Liberians to assist him in getting his mentally ill daughter out of prison.

He said that his daughter is going through a spiritual nightmare that makes her act strange at certain times of the year. He also hinted that she once left her son because of a fight with the father, which led to the death of the child on May 19, 2022.