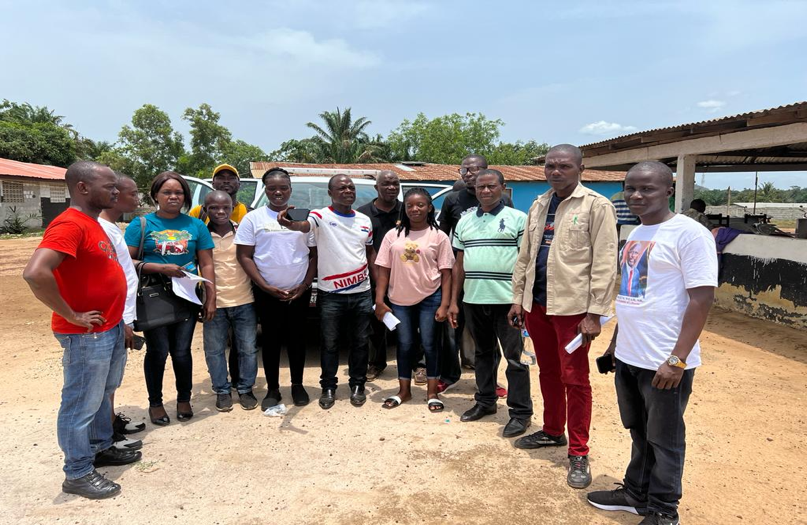 The Ministry of Gender, Children and Social Protection in collaboration with Education and Justice Ministries has turned over 58 students to authority of Nimba County.

The students who are predominantly children were brought to Monrovia on Monday, March 28, 2022 from the D. Baryon Memorial Institute located in Graie Township, Tappita Education District #1, Nimba County, for what the institution termed as excursion tour.

The Ministry of Gender received a tip-off via her 116 Toll-Free number alerting them of a deplorable condition the students were experiencing while on their excursion tour. Upon inspection of the students’ residential facility by Gender, Education and Justice Ministries, it was established that the students were poorly fed and sleeping in an inhospitable structure that is mosquito prone and in an unacceptable serried space.

In a well coordinated and supportive approach, Gender, Education and Justice quickly evacuated the students and on Sunday, April 3, 2022 returned the students to their parents/guardians and authority of Nimba County respectively.

Speaking during the turning over ceremony held at the Bain-Garr Education District #1 Office, Peace Community, Ganta City, Nimba County, Assistant Minister for Children and Social Protection at the Ministry of Gender, Children and Social Protection, Maminah Carr-Gaye, appreciated the whistle blower, line ministries, the Nimba Legislative Caucus and the entire leadership of Nimba County for the prompt and result originated responses in rescuing and returning the students to their families.

“The Ministry of Gender, Children and Social Protection headed by Williametta E. Saydee-Tarr looks forward to a detailed investigation and applicable actions of all those found liable for exposing our children to such despicable and unfortunate hazardous experience”, Assistant Minister Carr-Gaye asserted.

She said, it would serve as a deterrent if people are held accountable for their actions or inactions.

Receiving the Students, Ganta City Mayor, Amos N.G. Suah, expressed deep appreciation to the line ministries for expeditiously and successfully returning the students. According to Mayor Suah, he was deeply distressed when the news of the students reached him. He was limpid that his office will remain fully engaged with the Justice Ministry in ensuring that Justice is served.

For his part, the County Education Officer (CEO) of Nimba County, Moses S. Dologbay said they were relieved not just for the parents of the students but for the entire County of Nimba and Liberia at large. CEO Dologbay announced a temporary suspension of all academic activities at the D. Baryon Memorial Institute and asked parents to transfer their children/students to the Varmie Memorial Public School in Tappita Education District #1 until further notice. Dologbay stated that the transfered will be absolutely free of charged.

Superintendent Jlateh confirmed the detention of the D. Baryon Memorial Institute Principal Amos Cooper along with three of the School’s Instructors: Melvin Sonkaly, Archie Grupee Saady and James Gaye Grupee, at the Ganta Police Detachment Office. According to him, the detainees are undergoing investigation at the Women and Children Protection Section at the Ganta Police Detachment on the allegation of endangering the welfare of the children, which he said, is in violation of 16.4 of the revised Liberia Children Act of 2011.

Yekeh descends on House members, Following lifting of his suspension