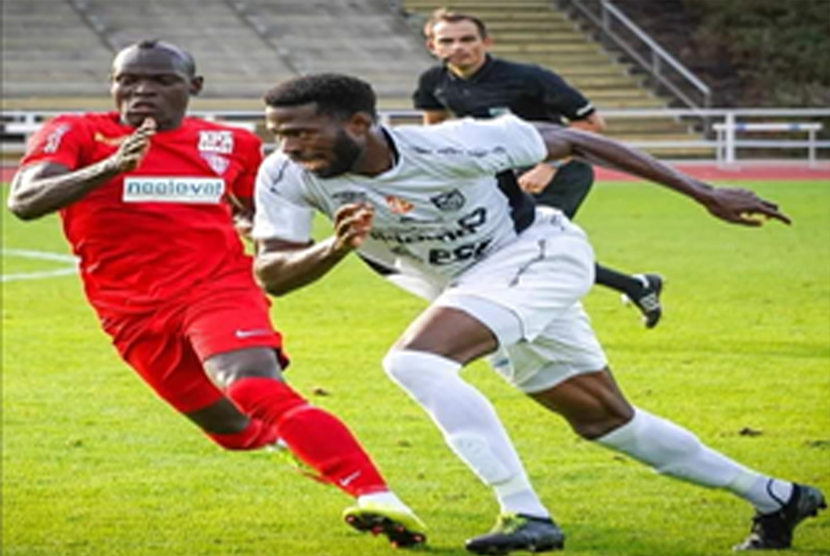 Liberian striker Gerald Ben has joined Finnish second division club,  Pk-35 for the rest of the season as a free agent.

Ben inked the contract, which will last until December 31, 2021 after his contract elapsed with Kakkonen’s A-block side MiPK kissat.

The Top striker will now continue his excellent goal-scoring form in the Finnish YKKÖNEN League, the second-tier of soccer in Finland.

He scored 16 goals in 10 matches, before agreeing to leave the club after mutual content.

The troublesome striker’s deal with PK-35, was first made through in late December 2020, when he had a trial which impressed the club’s technical staffs and was later confirmed this January 2021 after all negotiation was completed.

– I think PK-35 seems like a good team to me and it feels nice to be with the team. We hope to have a good season ahead.

This is my fourth Finnish club and I am confident of exploring the same quality that Ben is, and who knows, I might one day be called to represent my country.

“I love to play football and to punch goals and hope doing so with my national team; this will make me feel proud, especially in front of my family and friends back home and you know it,” he said in a conversation with journalist Emmanuel wise Jipoh.

“I think, I just need to keep, scoring goals and hope I’ll be call upon to serve,” he reiterated.

The 28-year-old is yet to play any senior national team football, despite being eligible for both Liberia and the United States.