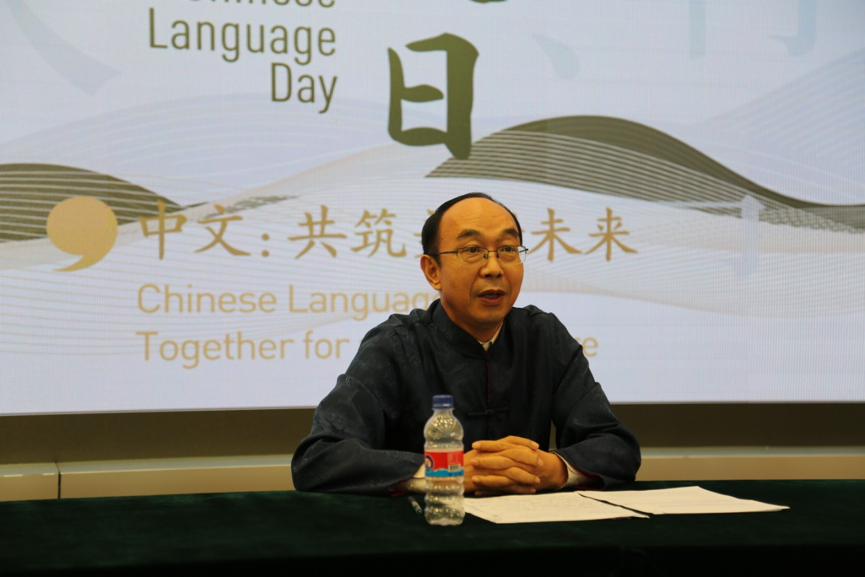 On April 21, when Chinese President Xi Jinping delivered a keynote speech at the opening ceremony of the Boao Forum for Asia Annual Conference 2022, he formally proposed a Global Security Initiative (GSI).  This is another major global initiative proposed by President Xi Jinping after the Global Development Initiative (GDI) proposed at the United Nations last year. The GSI is yet another global public good offered by China and a vivid illustration of the vision of a community with a shared future for mankind in the security field.

Right now, we have yet to walk from the shadow of a once-in-a-century pandemic, but new security risks are already emerging. With growing threats posed by unilateralism, hegemony and power politics, and increasing deficits in peace, security, trust and governance, mankind is facing more and more intractable problems and security threats. This situation should not continue anymore because it runs counter to the trend of history as well as the security and well-being of humanity. It is in this context that President Xi Jinping proposed the Global Security Initiative with the future of all humanity in mind. It has distinct practical significance and will have a far-reaching impact on shaping a new global security concept and maintaining and promoting world peace.

The GSI champions the commitment in six areas: First is to stay committed to the vision of common, comprehensive, cooperative and sustainable security, and work together to maintain world peace and security. This serves as a guiding principle for maintaining world peace and tranquility.

Second is to stay committed to respecting the sovereignty and territorial integrity of all countries, uphold non-interference in internal affairs, and respect the independent choices of development paths and social systems made by people in different countries. This is the basic prerequisite for maintaining world peace and tranquility.

Third is to stay committed to abiding by the purposes and principles of the UN Charter, reject the Cold War mentality, oppose unilateralism, and say no to group politics and bloc confrontation. This is the fundamental requirement for maintaining world peace and tranquility.

Fourth is to stay committed to taking the legitimate security concerns of all countries seriously, uphold the principle of indivisible security, build a balanced, effective and sustainable security architecture, and oppose the pursuit of one’s own security at the cost of others’ security. This is an important principle for maintaining world peace and tranquility.

Fifth is to stay committed to peacefully resolving differences and disputes between countries through dialogue and consultation, support all efforts conducive to the peaceful settlement of crises, reject double standards, and oppose the wanton use of unilateral sanctions and long-arm jurisdiction. This is the only path for maintaining world peace and tranquility. International practices have demonstrated fully that neither war nor sanction is a fundamental solution to disputes, and that dialogue and consultation are the most effective ways to resolve differences.

Sixth is to stay committed to maintaining security in both traditional and non-traditional domains, and work together on regional disputes and global challenges such as terrorism, climate change, cybersecurity and biosecurity. This is an integral part of the cause of maintaining world peace and tranquility. With the deepening of economic globalization, no country can stay unaffected in facing complex international security threats. Only through working together to tide over the difficulties can countries turn pressure into driving forces and crises into opportunities.

The GSI upholds true multilateralism and stresses that we humanity are living in an indivisible security community. It sets out the core concept, fundamental guidelines, important principles, long-term goals and feasible approach of upholding and achieving global security. With the macro thinking of top-level design and the micro perspective of solving practical problems, the Initiative focuses on both real problems bearing on the security of mankind and the enduring solution to realize world peace. The Initiative will be an important vision guiding the efforts for reforming the global security governance system, resolving the security difficulties faced by humanity, and advancing the building of a community with a shared future for mankind.

The proposal of the GSI meets the pressing need of the international community to maintain world peace and prevent conflicts and wars, conforms to the common aspirations of all countries to uphold multilateralism and international solidarity, and responds to the shared desire of all peoples for working together to overcome difficulties and build a better world beyond the pandemic. The GSI echoes and reinforces the GDI, accords with the trend of the times featuring peace, development and win-win cooperation, represents a coordinated approach to safeguarding traditional and non-traditional security, and provides new support for countries in boosting livelihoods and development.

African countries, including Liberia, have gone through wars and conflicts, experienced vicissitudes of life, and know that peace is precious and development is hard-won. Security is a prerequisite for development, and maintaining peace and stability in Africa conforms to the common interests of countries in the region. The GSI conforms to the needs of the development of the times and also meets the common expectations of the African people, which will help African countries, including Liberia, to better maintain peace, strengthen cooperation, promote unity, and take destiny firmly in their own hands.

As a responsible major country, China has always held high the banner of peace, development, cooperation and win-win, and has made positive contributions to maintaining world peace and security. The GSI is in line with the common aspiration of the international community to seek peace, cooperation and development. China stands ready to work with all peace-loving countries and peoples committed to development to carry out the GSI put forward by President Xi Jinping, open up a broad path toward lasting peace and universal security, and forge a strong synergy to build a community with a shared future for mankind, so as to make the world more peaceful, safer and more prosperous.