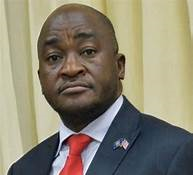 President George Manneh Weah on Thursday, May 6, 2021 dispatched a special delegation of the Government of Liberia to the Republic of Cote D’Ivoire to mitigate the situation involving several Liberians living in that West African nation.

Womenvoices newspaper reported Monday that since the recent gunning down to death of three men believed to be Liberian mercenaries in neighboring Ivory Coast, the current security status of Liberians residing in that country is reportedly volatile.

Prior to their demise, the men believed to be Liberian mercenaries allegedly launched an armed attack on a military barrack in the Ivory Coast.

The Liberian Community in Ivory Coast alarmed last week over the current security status of Liberians residing in Cote d’Ivoire.

A communication which Womenvoices is privy to, written by Adam Fahnlon Gweemei, the National President of the Liberian Community in Cote d’Ivoire, addressed to the Liberian Ministry of Foreign Affairs in Monrovia, divulged that Ivorian security were allegedly pursuing peaceful Liberians through a door-to-door search in communities where Liberians are believed to be dwelling in Ivory Coast.

“Right now the Ivorian Government security is moving from house-to-house to arrest peaceful Liberians that are living here for many years doing their normal businesses and working,” Gweemei alarmed in the communication.

The National President of the Liberian Community in the Ivory Coast lamented in the communication that the security situation of Liberians in Cote d’Ivoire is becoming deplorable on a daily basis to an extent that Liberians can no longer go about their normal activities.

Gweemei added that Liberians are being intimidated, harassed and even incarcerated by members of the Ivorian security forces since the occurrence of the alleged armed attack on the military barrack in Ivory Coast.

“Words are inadequate to express exactly what we are going through. Our families are going through a lot of difficulties as we Liberians are been searched for everywhere in this nation. The remaining of us who are still alive is in hiding,” the National President of the Liberian Community in Ivory Coast wrote.

He called on the Government of Liberia through the Liberian Embassy in Ivory Coast to provide protection for Liberians residing in Cote d’Ivoire.

Gweemei is urging that both governments of Liberia and Ivory Coast, and nationals of the two countries to maintain the cordial relations subsisting between the both nations for the betterment of the two neighbors and their peoples.

Howbeit, according to a Foreign Ministry press release, the Government of Liberia has dispatched to Cote D’Ivoire, a special delegation headed by Liberian Foreign Minister Dee-Maxwell Saah Kemayah, Sr.

The Foreign Ministry press release quotes Minister Kemayah as saying the situation is an attempt to cause chaos and undermine democratic gains subsisting between countries within the Mano River basin.