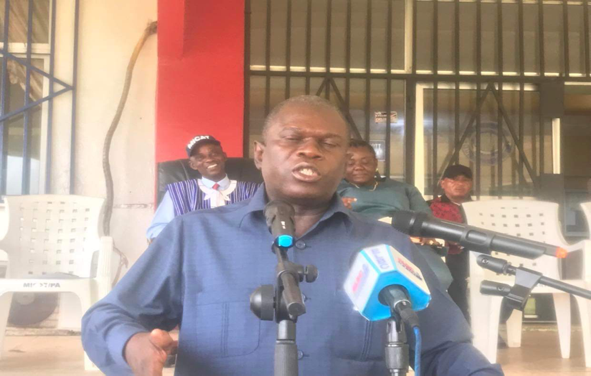 On the night of Thursday, February 17, 2022, three (3) of the 35 Liberian women who were smuggled to Oman were returned to Liberia. The Liberian government declared that it will spend $50,000 to bring 35 Liberian women back from Oman, where they were allegedly trafficked by pastors under the guise of providing them with suitable work.

According to the authorities, two pastors are being investigated for allegedly transferring Liberians from their churches to Oman and abandoning them there while receiving money for doing so.

The Labor Minister said it is illegal to encourage someone who is desperate for work to travel to a foreign nation and be ill-treated and maltreated, as this takes away their pride and reduces them to nothing more than a desire for survival. As a result, the GOL has taken human trafficking very seriously, he said.

The Minister of Labor, Charles Gibson, made the announcement at the Ministry of Information’s regular press briefing on Thursday, February 17, 2022, in Monrovia.

Meanwhile a Mano River Union Summit on Human Trafficking is planned to take place in Liberia this year, according to Minister of Labor Cllr. Charles Gibson.

Minister Gibson noted that the Minister of Labor is also the Chair of the National Taskforce Against Human Trafficking in Liberia, and that the most recent grade awarded to Liberia on human trafficking was not very receptive and inviting. As a result, they’ve been working to improve things.

He expressed his delight that at the official launch of the National Bicentennial Commemoration on Monday, February 14, 2022, at the Samuel Kanyon Doe Sports Complex, the Special Assistant to the United States President mentioned in her remarks that Liberia has made tremendous progress in combating human trafficking.

Minister Gibson also stated that they expanded the anti-human-trafficking effort beyond Liberia’s borders to Guinea, Sierra Leone, and the Ivory Coast in order to gain momentum in the sub-region and share information on how other nations are battling human trafficking.

At that meeting, we learned that some nations, like Guinea, Sierra Leone, and the Ivory Coast, are dealing with the same situation as Liberia. Each of the countries agreed to hold the Mano River Union Summit against Human Trafficking, which will be supported by the international community, during the summit. Right present, the International Organization for Migration (IOM) and the Secretariat of the Mano River Union are working on putting the summit together in Liberia, he stated.

He emphasized that the summit will aim to achieve what has been set out in a five-year budget to combat human trafficking in the Mano River Block, noting that “we are looking at something in the neighborhood of more than $60 million USD from the international community, which will be committed at the conference for the Mano River Union Region to combat human trafficking.”

He maintained that under labor law, the Ministry is the only entity in the government that is authorized to license agencies that want to get involved in the employment of citizens locally as well as internationally, and their record at the Ministry of Labor does not reflect anyone or organization ever coming there asking to be licensed to get involved with employment services abroad.

At the moment, we have like five employment agencies in Liberia that have employed something like 2000 Liberians. We know them, but those who are involved in carrying on employment abroad are doing it clandestinely, illegally, and as such, because they are not registered with the Ministry of Labor, once they hire you in any part of the world, they are finished with you. At the end of the month, they get a percentage of your salary.

They do not care what happens to you. So we have to ensure that the government takes charge of the situation. Pretty soon we will be using standing order number three and the Minister of Justice and the few of us will sign it and mention that declaration and, in essence, we are going to put a moratorium on traveling abroad for employment services, especially as house-maid and domestic services, including scholarships, until we are confident. And when you travel, if there is any back clash, there are resources like insurance to ensure that you can return to Liberia, “he said.

Meanwhile, Minister Gibson said that like other countries and in Sierra Leone the government have taken charge of international employment which one will have to registered with the Ministry of Labor whether individually or collectively and part of the money will be pay to the government as taxes as such the government will be responsible to protect you.

If you work in any part of the world and pay taxes to the government, as many people do, the government will be able to ensure that the employment agency put in place the right insurance coverage to ensure that you are safely returned to your nation. As a result, during the course of this moratorium, the Ministry of Justice and Labor will compile a policy and procedural document that will allow people to migrate to other nations in search of work.

Finally, he stated that they are tackling human trafficking as a black problem, not just a Liberian one, because they see individuals being trafficked all over the world.

As a result, he stated that they have successfully prosecuted and won four human trafficking cases. “We have recruited the services of six local NGOs operating in the 15 counties to continue raising awareness in the various areas so that people can be informed and know how to spot any type of human trafficking when it exists,” he added.