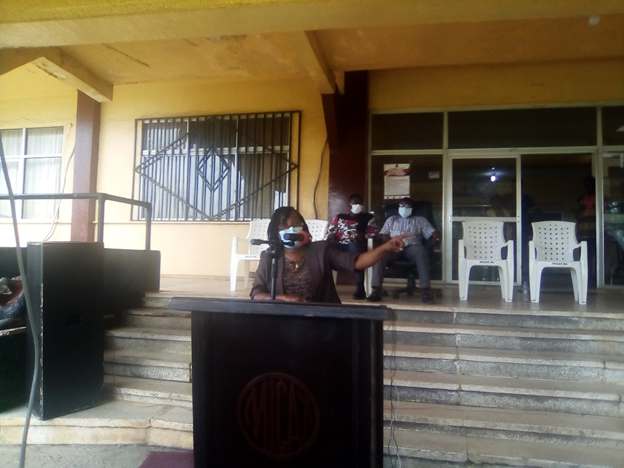 The Government of Liberia (GoL) through Minister of Health, Dr. Wilhelmina Jallah has disclosed that the GoL has brought in the country Liberia’s first DNA machine, as was promised by President George Weah during the launch of government’s road map in addressing Sexual Gender Based Violence (SGBV).

A DNA machine is a molecular machine constructed from DNA. Research into DNA machines was pioneered in the late 1980s by Nadrian Seeman and co-workers from New York University. DNA is used because of the numerous biological tools already found in nature that can affect DNA, and the immense knowledge of how DNA works previously researched by biochemists.

DNA machines can be logically designed since DNA assembly of the double helix is based on strict rules of base pairing that allow portions of the strand to be predictably connected based on their sequence. This “selective stickiness” is a key advantage in the construction of DNA machines.

Dr. Jallah disclosed that the Ministry of Health will on today Monday, 22 February turn over the DNA machine to the administration of Liberia’s largest referral hospital, the John F. Kennedy Memorial Medical Center.

She said following the instillation of the DNA machine, President Weah will officially dedicate it to be used in the fight against SGBV in the country.

The Liberian Health Minister made the disclosures Friday February 19, 2021 while addressing a special press conference at the Ministry of Information, Cultural Affairs and Tourism (MICAT), indicating that the DNA machine has a vital role to play in investigating cases relating to SGBV.

Dr. Jallah, however, extolled President Weah for his leadership’s continual support given the heath sector especially in the area of the Coronavirus pandemic and the country’s fight against SGBV.

She used the occasion to call on Liberians to work along with the Government through the Ministry of Health and its partners in preventing Coronavirus by upholding preventative measures released by health authorities.

“George Weah: The Legend, The Rise to Power”: the book that...