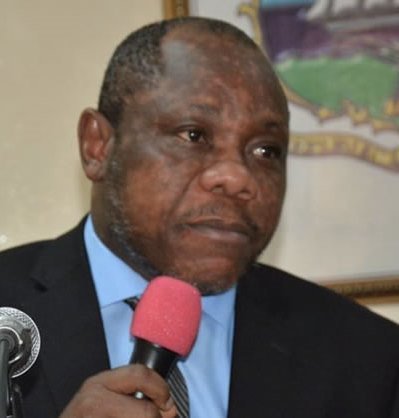 MONROVIA – The Government of Liberia, in collaboration with USAID, has launched a COVID-19 cash transfer program which is expected to benefit about 85,000 petty traders and market women across the country.

According to a prèss release, under the new scheme, US$150 will be disbursed to the most vulnerable in the Liberian society in three installments in an effort to cushion the effects of the global pandemic.

“In the PAPD [Pro-poor Agenda for Prosperity and Development], we look at social protection as a valuable investment, particularly in vulnerable rural settings”, Finance Minister Samuel Tweah told participants during a virtual conference meant to launch the program.

He said in the last few years, resources that have been dedicated to social protection programs have been on the “low side”. But he noted that the Weah administration wants to scale that up.

Minister Tweah announced that the government intends to carry out the social safety net scheme as an investment, and “not as a one-off” intervention, saying, “so targeting 85 000 people under the USAID program meets that objective.”

She said such schemes, in combination with other “evidence-based” development programs, can be a “game changer”, as they do not just impact the most vulnerable, but can have a multiplier effect by “reducing community burdens and supporting small scale enterprise and agriculture.”

Grunder said the program can be successful only if there is a rigorous identification of expected beneficiaries, which she announced has been carried out with USAID supervision.

Cash Transfer schemes are internationally acceptable standard poverty reduction methods which attempt to improve the conditions of the economically disadvantaged.

The latest program in Liberia was first hatched during the height of the COVID crisis when the government, under President Weah, sought to ward off the negative effects of COVID-19 on Liberian households, according to the press release.