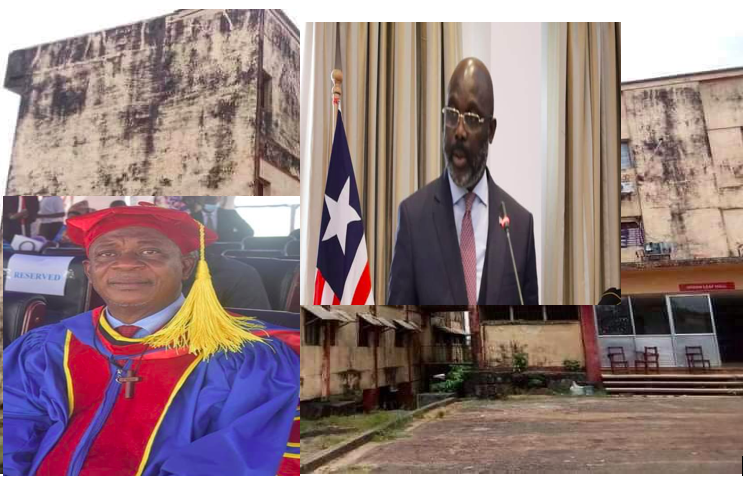 The announcement by President George Manneh Weah on October 24, 2018 that all public universities and colleges across the country would be tuition-free was met with both warmth and skepticism. Some saw his statement as a warm gesture that they saw as pro-poor policy, while others dismissed it as political posturing that would disintegrate under the weight of current economic realities. According to current realities at several universities and colleges, including the University of Liberia, the policy appears to be in shambles four years after it was announced, as Womenvoices correspondent Alice Johnson examines.

According to our reporter, Alice Johnson, the current scenario at various universities and colleges, particularly the University of Liberia, highlights the disparity between skeptics and supporters of the government’s pronouncements. Government supporters contend that the free tuition policy is effective and benefits the poor, while critics argue that it hasn’t improved students’ learning environment at public universities.

President George Manneh Weah’s announcement on October 24, 2018, that all public institutions and colleges across the country would be tuition-free was met with both warmth and skepticism, according to her. Some saw his statement as a warm gesture that they saw as pro-poor policy, while others dismissed it as political posturing that would disintegrate under the weight of current economic realities.

The situation has changed dramatically in the four years since the tuition-free policy was implemented. While struggling students are relieved of the burden of tuition payment, our correspondent reports that university and college administrations are left to deal with underfunding, which has a greater impact on students’ learning environments. She said it was predicted that the government would significantly increase spending, particularly for the University of Liberia, which enrolls more than half of government university students, but the reality proves contrary. She said instead of increasing funding to UL, amidst deplorable learning environments at various campuses, government has reduced its budget by more than two hundred thousand United states dollars in the current budget. UL budget in the last FY 2020/2021 was 18, 325,20, which she said has reduced to 18, 100,000 in the current budget.

According to our reporter, both the main and Fendall campuses are unsuitable for women and girls, with filthy restrooms and paint pouring from the walls.

Ms. Johnson, on the other hand, noted that the claim made by the former ruling Unity Party’s Secretary-General, Mo Ali, that the government charges a flat fee of 5,000 Liberian dollars is incorrect, as student are instead paying LD$2, 250.

On his Facebook page, the UP Secretary General stated: “Tuition at UL and other public colleges, according to the president, is free. The UL, on the other hand, now charges a flat fee of LD5,000 for tuition. Is this a reversal of the UL’s tuition-free policy or a sign that the government can no longer finance the students’ tuition? Remember, this is considered as one of the government’s most significant accomplishments “.

The UP Secretary said last week they witnessed the same with the WASSCE fees, stating that it was previously pronounced that the government would pay the fees for all 12th graders, but now the same government has said it will only pay for public schools.

“These pronouncements were not based on any empirical data but were done simply as a political showmanship,” Mo Ali said.

He said it is a shame that the CDC led government keeps making unachievable policies just for political gains.

Meanwhile the government of Liberia said its attention is drawn to what it calls, a diabolic attempt by some politicians to peddle lies about its tuition-free policy at the University of Liberia and other public universities and colleges in the country. According to Ministry of Information release, President George M. Weah in 2018 declared that students are free to attend these institutions without having to pay tuition, stating that the policy has been in effect ever since that pronouncement, thus reducing the cost of education – a major pillar of the Weah administration’s pro-poor agenda.

The Ministry however, acknowledges that students were paying LD$2,250 as flat rate. “This of course does not preclude a student from paying registration and other fees the schools charge. The UL for instance charges a minimum of LD $2,250 per semester. This is NOT tuition, which the government takes care of 100 percent”.

The clarification comes in the wake of a brazen falsehood being spread by a senior member of the opposition community on social media, according to the government, it is appalling that some politicians will still seek to engage in the dissemination of fake news at a time they are opting to elevate the public discourse.

The government said that policy has been extended to include 9th graders, but only those 9th graders in public schools. “There has been no change of policy on these matters”, the statement concludes.